On Madame Clinton, the vast right-wing conspiracy, and being careful what you wish for. 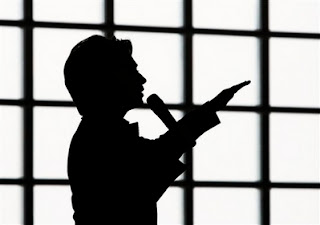 In dumpster-diving through the day's National Review Online blog posts, I found this little nugget from an NRO contributor, who gives us a more honest look into the current Republican mindset than she probably intended:

Let's say last night really did indicate that Hillary's negatives will keep her off the ticket. (Or keep her from winning if she's on it.) You know what? Deep in my psyche, in the place that kind of misses the toothache I've been prodding at with my tongue, I am having a tiny little pang of missing Hillary. Not her, but hating her. Hating Hillary has been such a central political impulse for so long now — 15 years — and I have had to work so hard to keep it up as she became more appealling looking, less shrill, more human — I don't really know what I will do with that newly freed strand of energy.

Oh, I'm sure the right wing will think of something, but whatever it is, it's hard to see them pursuing it with nearly the zeal that they've pursued "hating Hillary." They've spent more than 15 years blasting Mrs. Clinton with double barrels of hate, to the point where the vision of Hillary as Antichrist became every bit as ingrained a part of the GOP platform as lower taxes or free access to firearms. Countless books have been written about Hillary and the nefarious designs she had on ascending to greater political influence after Bill's term ended. Right-wingers were outwardly dismayed when she entered the political race, but inside they were overjoyed, because it gave even greater purpose to their mudslinging and conspiracy-mongering; in a sick way, her supposed inevitability was a godsend for them, because it gave them a distraction from the fact that none of their own candidates were all that inspiring. Nobody was getting all that jazzed about campaigning for Romney or Thompson, but by God, they could get amped like a mofo at the prospect of campaigning against Hillary.

With Hillary coming in a surprising third in Iowa, the right-wingers are obviously enjoying some belly laughs at her expense. But once the short-term Schadenfreude of watching her stumble wears off, these folks, like Lisa Schiffren above, are going to be a little bummed. Here they had a shot at facing their absolute most hated enemy in the race for the presidency -- the equivalent, for a Georgia fan like myself, would be somehow getting matched up with Tennessee in the BCS national championship game -- thus justifying all the work they'd put in digging up dirt and stoking the hate-fires and giving them a chance to put it to its ultimate use one last time. And now . . . it may not happen. It's kind of like the reverse of the story about Brer Rabbit and the briar patch: All these years the right-wingers were saying pleeeeease don't throw me in that briar patch, pleeeeease don't let Hillary Clinton run for president, all the while secretly hoping that she actually would. And now it's like Brer Bear has decided not to throw them in the briar patch after all.

Now, all that's if Hillary falters in New Hampshire and fails to win the nomination, an outcome I'm not about to put money on just yet. There's a long way to go, and the right-wingers should know as well as anybody how strong and resourceful Hillary is. But if she doesn't get the nomination in August, it'll be real interesting to see what the Republicans do with all that energy they've built up. For the past decade or so, the Republicans have only been as strong as their hate, and a Hillary nomination would green-light them to let loose with the mother of all dirty Rovian campaigns; but with, say, Obama, that might backfire in a big way. Certainly there are perfectly sane people out there who view Obama with indifference (toward his policies) or even mild-to-moderate scorn (toward his relative inexperience), but only the most wacked-out Muslim-baiters on Free Republic or Little Green Footballs have been able to openly treat him with hate. Even Bill Bennett was on CNN the other night talking about what a great thing Obama's win was for America.

Just as I'm interested to see how much of a wedge Mike Huckabee might end up driving in the Republican coalition, I'm very curious to see what will happen if Hillary falls short of the Democratic nomination and the right-wing noise machine has to find somewhere else to aim its guns. Good Lord, what will Rush Limbaugh and Neal Boortz do for the next 10 months if they don't have Hitlery to kick around? We already know Rush doesn't make the best choices regarding his free time -- are we gonna be able to find him a hobby engrossing enough to keep him away from the pills? Will Neal be able to come up with a fun derogatory nickname for Obama, or will he punt and resort to "accidentally" slipping up and calling him Osama? This alone could bring about the death of talk radio, people. Hating Hillary's become an industry, and if she can't get things going in New Hampshire then that's gonna be as good as taking food out of some people's mouths.
Posted by Astronaut Mike Dexter at 7:30 PM

Email ThisBlogThis!Share to TwitterShare to FacebookShare to Pinterest
Labels: politics, teh suxxorz, the 2008 election

Replace "Hillary" with "Bush" and "Republican" with "Democrat" and you're still on point. Even moreso, in fact.

Me thinks what the republicans should be worried about as far as the Iowa results go isn't who came in third for the democrats; rather they should be concerned that in a state that voted for Bush twice the democratic caucuses brought out twice as many voters as the republican one did.

Josh, there's a small grain of truth to that, but the difference is that even the looniest of us liberals at least waited for Bush to start banging the drums for an arbitrary war against Iraq before unloading on him. The right wing was taking shots at Hillary even before Bill took the oath of office.

And whereas a lot of the right-wingers are going to be completely left in the lurch if they don't have Hillary to knock around in the general election, Democrats will have plenty to occupy their time over the next 4+ years, i.e., cleaning up Bush's substantial messes.

You're kidding, right? I know Bush-bashing briefly quieted right after 9/11, but it was in full force on 9/10 and before. Before the election, and certainly after. And it didn't take long for a lot of liberals to start blaming Bush for the towers falling - a charge much more serious than some dumbass saying, "ha, that Hillary is such a lesbo."

Re: The color of Iowa - If I recall correctly Iowa was one of the closer contests last time around (decided very late, but irrelevant because it all came down to Ohio). On TV Thursday night, they kept calling it a "Red State", but isn't it really one of the purple ones? As an aside, my goodness is Chris Matthews a gasbag.

Very well said, Doug. It's something I was thinking about from the very start of this campaign. Honestly, I think Hillary would beat any Republican, too, but once she became president, we'd be mired in the same divisive crap that we're mired in now. Bush doesn't do any compromising because his "base" stands by him and that's apparently good enough for him. If Hillary were to take office, we'd be in the same situation, and Limbaugh's ratings would be up for four years. Regardless of whether one thinks she'd do a good job, the divisiveness that would accompany her to office would derail her chance at a successful presidency in a time when a little unity would be a good thing for the country. Even if it's not her fault.

Don't assume the race is over yet. If Clinton wins N.H., or even places second, she's right back in it. Bill lost the first five primaries before getting a win. Paradoxically, the success of Obama may give Republicans a better chance of winning the general election. The best possible scenario for Republicans is for Clinton and Obama to battle it out in the primaries with the candidate of the Democratic machine, Clinton, beating the candidate of "change" and "hope." It would embitter and discourage many of the liberal activists and new participants Obama is drawing in to the Democratic primaries, giving the Republican nominee an opportunity to be the candidate of "change" despite 8 years of George Bush.

If there wasn't a vast right wing conspiracy, how'd we end up with Ken Starr?Robert Fiske, a solid Raygunite, investigated Whitewater and said there was no there there. That wasn't good enough, so we were treated to the $70mil voyeurism of Ken Starr.

If this wasn't a witch hunt, Salem welcomed Wiccans. Actually, it was an insane expense producing nothing whatever.

We got Travelgate, in whichit became apparent that the guys fired had about 70 grand of federak cash in their personal bank accounts. Wide stance, apparently.

Actually, after the House and the Senate closed down on this astoundingly partisan bullshit, Ken Starr spent another several mil hiring more lawyers. Think some of them got jobs when Justice cleaned house? Well, duh.

The vast right wing conspiracy was alive and well for years, but now Mr' Scaife actually has to balance his checking accounts. Asshole didn't have a prenup and he's being reamed in a way that doesn't actually provide him sexual satisfaction.

I find it very insulting that the MSM is going out of their way to ignore John Edwards. He finished second in Iowa after being outspent 6 to 1. I am ready to support the Democratic nominee; but I worry that Obama is more of a sprinter rather than a marathon runner. He has a lot of hope, but I am waiting for some audacious policy papers before I can have confidence that he won't break-down by October like Kerry did.

If John Edwards wins the nomination, he WILL be the 44th President of the United States. He has a clear vision, a plan to pay for universal health care by making the private insurers compete with the federal plan and a very interesting strategy to recruit young people into health care professions.

He has a plan, a dynamic work ethic and he's smart as hell- very Presidential. He may not be able to Barack college students' world, but he is a leader we need... and the only one who is Corporate America's worst nightmare.

Josh, you forgot that during his 1st term Bush had an approval rating of above 90 percent, and a democratic Senate passed his tax reduction bill, his Patriot Act and his war resolution. That meant that democrats did not knee jerk. The criticism of Bush by democrats and independents (an important segment that does not hate Hillary) and by moderate republicans came over time in response to the Bush's track record. Those are big differences between the right wing Hillary bashing and Bush's popularity