The Friday Random Ten+5 is totally ruining everything.

I know I've bagged on Tony Romo pretty hard on this blog recently; I do it because he's a Cowboy, first of all, but primarily I do it because, well, in the words of Denis Leary, it's fuckin' funny. But Romes isn't the first guy to have been drawn in by a hot chick and promptly reduced to a mindless blob of quivering Spam, ruining life and career in the process. The concept of "The Yoko" has become an extremely popular archetype in our popular culture, and they've put things at risk far more serious than some grinning idiot's NFL legacy. As evidence, I present Five Unsung Pop-Culture Yokos: 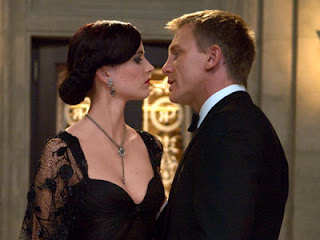 Vesper Lynd in "Casino Royale"
Don't get me wrong, Eva Green did an absolutely smoking job of playing HM Treasury agent Vesper Lynd in the most recent James Bond movie, but let's not mince words here: She used Bond as a pawn to retrieve $150 million that she could take to supervillain Mr. White to ransom her Algerian boyfriend, nearly getting Bond killed numerous times in the process. That just isn't cool, and it goes a long way toward explaining why Bond can't ever stay with the same woman for more than one movie at a stretch. Wouldn't you do the same thing in his position? 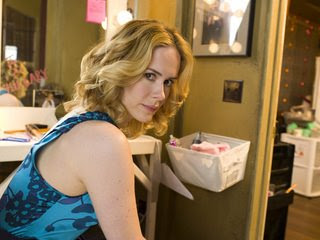 Harriet Hayes in "Studio 60 on the Sunset Strip"
Like a lot of people, I had high hopes for this show when it started a year and a half ago, but after three or four episodes I'd almost completely lost interest. And I think the main reason was Harriet Hayes (Sarah Paulson), the love interest selected for Matthew Perry's character Matt Albie. Not for one hot second did I really buy that Matt was head-over-heels for Harriet; she was cute, I guess, in a dime-a-dozen sort of way, but not nearly cute enough to balance out her supercilious holy-roller attitude. The only way I'd really be able to willfully suspend disbelief and buy that Matt was actually that sprung over Harriet was if he was just so neurotic and self-esteem-deprived that he thought she was his last chance for a halfway committed relationship -- and hey, I've been there -- but in that case Matt's central relationship conflict is no longer sympathetic but rather merely pathetic. And that's just not the kind of thing you can build a credible drama on. 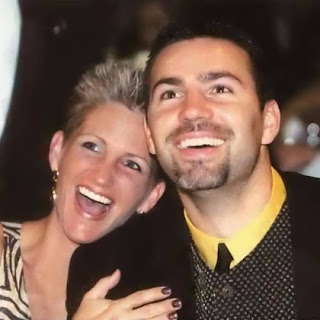 Brenda Warner
The story of Kurt Warner, who went from grocery-store bagger to Arena League quarterback to NFL MVP in just a few whirlwind years, is a great one, but it all started to crumble when Kurt's wife Brenda -- who would've actually been kind of cute without the Ivan Drago haircut -- started Lady MacBething it up on her St. Louis radio program. First she disputed the coaching staff's account of her husband's finger injury, and then the following season she started making threats about Kurt leaving the team if he was no longer the starter. The Rams called her bluff in the off-season, and Warner signed with the Giants, where his contribution was basically to keep Eli Manning's seat warm for two months. Today he's been reduced to battling Danny-Wuerffel-in-waiting Matt Leinart for the Arizona Cardinals' starting job. Which is still better than bagging groceries in Cedar Falls, but not by much. 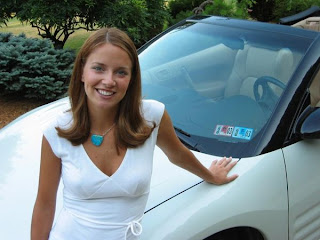 Amber Brkich(-Mariano)
Brkich isn't responsible for ruining her "Survivor" sweetheart Rob Mariano, mainly because he was an irredeemable douchelick to begin with, but together the two of them are responsible for ruining "The Amazing Race," the only reality show I've ever actually given a rat's ass about. Their presence was a constant distraction during the show's seventh season, and not accidentally so, given that their whole purpose was to cross-promote one of CBS's other big reality franchises. And from there, the show deviated markedly from its tried-and-true formula, first with a lame "Family Edition" that never went outside North America and then with an "All-Star Edition" in which Rob and Amber were shoved down our throats again. I hate to see a show as engaging (and halfway educational) as this one jump the shark so blatantly, but congrats, Amber, you and your meathead boy-toy did it. And I'm sorry, but "reality contestant" is not, I repeat not, a valid occupation. 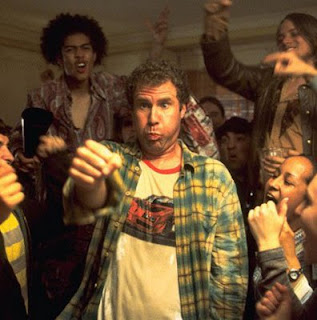 Marissa in "Old School"
I mean, come on, you can't actually hope to tame Frank "The Tank" Ricard, and to her credit, Frank's new bride eventually figures this out over the course of the movie. But not before dragging him to Bed Bath & Beyond on a perfectly good Saturday morning and ridiculing him in front of her friends for doing something as simple and innocent as streaking down Main Street. I'm not necessarily as wild as Frank is, but as someone who's been known to wonder what kind of underwear the waitress at Olive Garden is wearing, I can definitely sympathize.

Just FYI, if you've never heard Richard Cheese's mambo version of "Sunday Bloody Sunday," shoot me an e-mail and I'll send it to you. It's indescribable.

Anyway, throw your own Tens and/or favorite historical Yokos in the comments.
Posted by Astronaut Mike Dexter at 7:59 AM

Although I know it was a sibling feud, I like to blame Kate Hudson for the downfall of the Black Crowes. I'm sure there are others, but I can't think of them now.

Here's my ten. I'm surprised Tonic showed up on there twice.

Amazingly you seem to have forgot about Jenny Slater. Why wouldn't she acknowledge him?

God, I hated "Studio 60" - and yet I watched every episode. It was astoundingly awful, and Hayes was my least favorite character - a not-attractive, not-funny, irritating person who we're expected to believe is the star of a late-night comedy show and on the cusp of being a major movie star.

Brenda Warner frightens me. If I were Leinart, I'd watch my back any time she were around.

The only Yoko figure who pops into mind, oddly, is Wallace Simpson, enough of a hoochie momma that Edward VIII abdicated to tap that ass. Mind you, since that meant that the noted Nazi sympathizer royal was on the sidelines in WWII, maybe I shouldn't be so hard on W Simp.

I don't think there really is such a thing as a "Yoko figure" - there are just men who haven't got any sense. And I never saw "Rounders", but if Gretchen Moll is in it, I've got to go rent it. ;-)

Haven't heard his rendition of SBS, but Cheese's take on 'Welcome to the Jungle' is fan-fucking-tastic.

Studio 60 sucked because it wasn't funny and just sucked. The girl's character had nothing to do with it.

Love how you're completely throwing Romo under the bus after one complete season as the full-time starter. Of course, I'd expect nothing less from a Redskins fan. By the way, what's the latest on the Skins' QB controversy.....?