The Friday Random Ten+5 gets interactive on that ass.

For the first time in the brief history of the Friday Random Ten+5, you're getting to vote on which is the best of the five. This week is the Five Funniest Unintentional Innuendoes Of The 2007 Football Season, and once you've taken a gander at all of them you'll get to vote on the Unintentional Innuendo Of The Year. I actually kind of felt bad limiting it to 2007, though, because I would've loved to include John Madden's quote about San Diego TE Antonio Gates from a couple years ago ("He just jumps up and attacks balls") or Lee Corso's advice on proper offensive-line technique ("You've got to squat, drop your butt, and explode into the hole"). Ahh, good times.

But anyway, here's the Five:

"His package is going to expand as the season wears on."
-- Unnamed analyst quoted on JOX 100.5's morning show about Auburn coaches opening up the playbook for freshman QB Kodi Burns 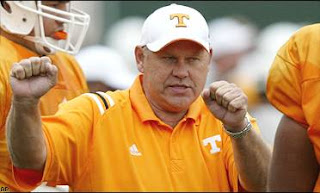 "I rode him so hard. I was in his earhole . . . "
-- Phil Fulmer, referring to motivational tactics used on Tennessee placekicker Daniel Lincoln, as quoted by Dave Neal during Lincoln Financial's broadcast of the Alabama-Tennessee game 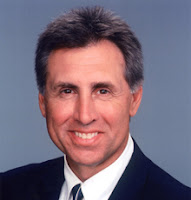 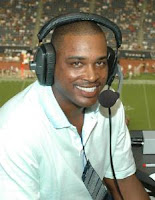 "And it winds up being Vince Hall coming in the face of Peter Lalich."
-- ESPN's Andre Ware during the Virginia-Virginia Tech game 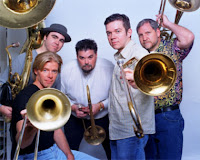 "Ladies and gentlemen, please rise for our national anthem as it is played by the trombones of New Orleans's very own Bonerama."
-- PA announcer at the Louisiana Superdome shortly before kickoff of the Sugar Bowl

Got all that? Picked yourself up off the floor yet? OK, now vote:

Throw your own Tens in the comments -- and by all means, if you've heard any funny commentator innuendos over the past 12 months, let me hear about those two. C'mon, we know we're all 10 years old deep down.
Posted by Astronaut Mike Dexter at 8:10 AM

Email ThisBlogThis!Share to TwitterShare to FacebookShare to Pinterest
Labels: football, Friday Random Ten, polls, TV, you know what I blame this on the breakdown of? society

In Gary Danielson's defense, I can think of a couple of people who'd be willing to "put [Knowshon Moreno] in and ride him all night," myself included.

I must start a write in campaign for Chris Speilman during the Emerald Bowl, Oregon St vs. Maryland during which he said, referring to a pass-rushing Maryland linebacker after a particularly vicious manhandling of Oregon St's QB..."he smells sack and he gets sack"

Not exactly innuendo, but certainly ironic - Ron Cherry's "giving him the business" call in the NCSt/Maryland game. The lineman's number was #69.

What was that poster that some girl flashed up in the stands about Moreno? "Knowshon is on my to-do list" or something like that.

I remember something from the season before last that had me rolling.... it was something along the lines of "he got penetration and then tore that hole right open with his size."

Here's a couple I dug up from the Awful Announcing blog:

"He Face Raped Him!"- Dave Lapham

"Certainly a coming out party for Johnson."- Tim Brandt

"Ahh, rivals, they spend a lot of time painting themselves up and undressing"- Brent Musburger

"The guys say he is so precious with the young boys."- Holly Rowe talking about Tim Tebow

and my favorite this season --

Here's one from Saturday's Packers-Seahawks game. Tony Seragusa told us Matt Hassleback doesn't like it when they come right up in his face. Well, I would guess not.