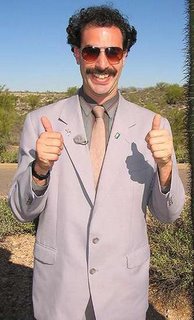 · After many weeks of anticipation, I finally saw "Borat: Cultural Learnings of America for Make Benefit Glorious Nation of Kazakhstan" on Monday. Whoawhoaweewow! I laughed so hard I nearly had a stroke. Make that multiple strokes. I don't want to give away too much of what happened, but . . . I hope you like fat, naked, hairy men. Or at least think they're uproariously funny.

Next up for must-see viewing: "Casino Royale." No fat, naked, hairy men that I know of -- just two hours of pure uncut badassedness. And while I will confess to not being all that jazzed initially about the choice of Eva Green as the new Bond girl, I'm coming around. 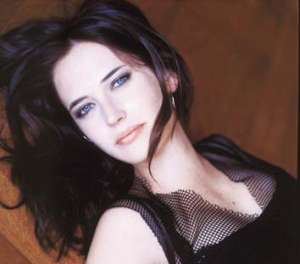 "Vesper Lynd," though? No "Regina Frottage" or "Baroness Clitora LeBoeuf"?

· I don't want to seem like a corporate whore here, but I have to give a shout-out to Cingular Wireless. Recently I upgraded to a new phone (a Sony Ericsson V-something-or-other), and this past week, after having had it for less than a month, the speaker conked out. So basically the only way to hear people on the other end of the line was to put them on speakerphone, and I didn't want to do that if I was getting calls from any of my weed hookups or babymommas, you know what I'm sayin'? So I went down to the Cingular store to try and get a new phone, and I was prepared to raise holy hell if all they were going to do was swap out my old crappy phone for a new crappy phone that was the same make and model.

But when I asked if I could upgrade to an LG CU500, the sales associate, Greg, said that would be fine. Didn't have to pay any extra charges or penalties for the privilege, either. Since I couldn't carry over any of the games or ringtones I'd bought from the old phone to the new one, he said to simply call 611 and get them to credit all that stuff on my next bill. I did that, once again expecting a major bureaucratic hassle, but in spite of some computer problems on the operator's end she had the whole transaction taken care of in about five minutes.

So Cingular gets the official Hey Jenny Slater endorsement for kick-ass wireless company. If you're looking to switch services, I highly recommend them. And my new phone, as Peter Griffin would say, is frickin' sweet. 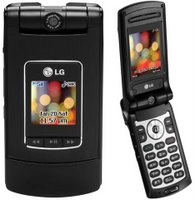 · With a lame-duck Congress left to do nothing but play out the string and a lame-duck president left to do nothing but tremble in fear and wait for the Democrats to come crashing through his door, everything old is new again in Washington. John Bolton is getting coughed up again as Bush's nominee for UN ambassador, daddy's friends are coming back to try and save Dubya's ass (Bush 41 having to bail out his son? Why, that's a new one!), and Strom Thurmond Fan Club president-emeritus Trent Lott has clawed his way back into the Republican Senate leadership as the Senate Minority Whip. Which inspired the Quote of the Week, brought to you by Atrios:

Trent Lott selected as Senate Minority Whip, because if there's one thing that Trent Lott likes, it's whipping minorities.

· In case you hadn't heard, Britney Spears is getting a divorce. How's K-Fed taking it? Well, let's see: 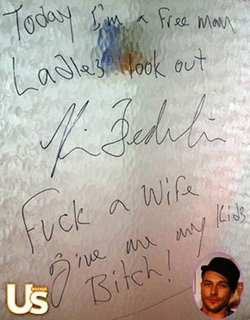 Yep, ladies, the line forms to the right. Hope you like kids!

· You also might've heard that, after a few well-earned days of relaxation this weekend, the Dawgs will be gearing up to play in-state archrivals Georgia Tech in the 99th installment of Clean Old-Fashioned Hate. Over the next week and a half you can expect plenty of stuff on here pertaining to the subject of what knob jobs Techies are, including what is sure to be a highly snarktastic Q&A exchange with Tech blog Ramblin' Racket. Even though they have to get through Duke (snicker) before they face the Dawgs, RR has taken the liberty of getting the acrimony started early, and since we have the luxury of a bye this weekend, I see no reason why I shouldn't start doing the same. I'll start with this link, possibly the most concise explanation I've ever seen of the difference between Georgia people and Techies.

· Speaking of Georgia football, here are some more links fo' that ass -- I on Athens, the incredibly well-done Georgia blog by Columbus Ledger-Enquirer sportswriter David Ching, and The Hobnailed Boot, another eager member of what is rapidly becoming an unstoppable force majeure of independent Bulldog bloggers. I'm tellin' you, if it all came down to blogs, Georgia would be kicking the ass of every other team in the country (and the national-title game would probably become an annual Georgia-Michigan affair).

· And finally, in response to a particularly colorful metaphor from Tuesday's Blogpoll rountable recap, DCTrojan said he'd pony up a few hundred bucks if I could produce pictures of Scarlett Johansson in a Hooters uniform. 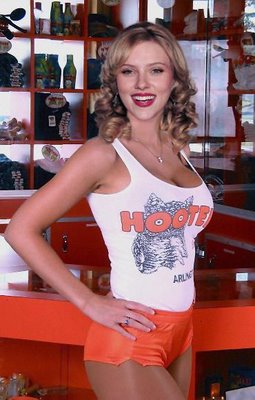 Oddly enough, I found this in my e-mail inbox whilst watching the "Raisins" episode of "South Park," which incidentally is the reason why I identify so closely with Butters.

But anyway, you're welcome. By the way, I do take personal checks.
Posted by Astronaut Mike Dexter at 9:53 PM

Email ThisBlogThis!Share to TwitterShare to FacebookShare to Pinterest
Labels: blogs that are better than mine, hot chicks, movies, Mystery Meat, politics, Scarlett Johansson in a Hooters uniform

Well, that was... inspiring, that's the word I'm looking for, if only to keep hope alive for the real deal.

I suspect that the children would have enjoyed college. However, I am a man of my word, so as to payment: I have some travellers checks in the glove compartment... I just need to go write one out and have my brother co-sign it.

Sent you, this afternoon, another pic of Scarlett in a Hooters outfit, black shirt version. With this one, one gets to see HER cleavage, not this other woman's! If she reportedly has the "world's best cleavage" you should get the real thing! Hope you enjoy it!