The Friday Random Ten+5 gets all historical and stuff.

This week's +5 is pretty straightforward -- Five Historical Figures Whose Lives I'd Really Like To Live. I'm not going to get too deeply into the impetus for this particular list, except to say that it started with a conversation with Holly about the University of Virginia and an acquaintance of hers who really would've liked to have had sex with Thomas Jefferson. OK, I may have already said too much. 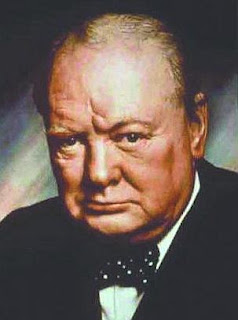 Winston Churchill
Every time I think I might like to run for some kind of public office, I think of the fishbowl that my life would be in and start to think that it'd be more trouble than it's worth. I mean, eventually someone would go back and find out about all the drinking and debauching in my past and end up revealing what a horribly irresponsible person I am. So I reckon the only way to have a career in public office and still be able to enjoy all those things is to a) be a political leader at a time before that sort of stuff started getting immediately dragged out into the open and b) be such a hero that nobody would've cared anyway. Voila: Winston Churchill, who held the UK together and made it a bulwark against the spread of the Nazi empire even while he was sucking down cigars and pickling his liver to within an inch of its existence. Oh, and annihilating pretentious dinner-party guests with cutting bons mots. Plus he got to be called "Sir," which is worth it right there. 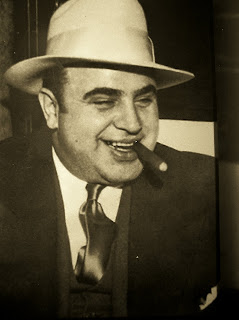 Al Capone
Sharp dresser, very shrewd business mind, and OK, yeah, he killed quite a few people, but ultimately all he was trying to do was bring sweet, delicious bootleg liquor to a country that had been cruelly deprived of it by a tyrannical, nannying government. So if you think about it, he was really kind of a civil-libertarian folk hero. OK, maybe not, but nevertheless, the Geto Boys wrote a whole song about how good it feels to be a gangster, so who am I to argue with them? 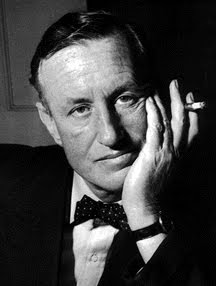 Ian Fleming
When writing the most famous series of spy novels in the history of English literature qualifies as one of the least exciting things you've done in your life, you know you've lived said life to the fullest. Before he wrote 14 James Bond books (AND Chitty Chitty Bang Bang), Fleming lived an entire lifetime's worth of adventure leading the 30AU commando unit in World War II; while he was writing, he hung out with JFK, married a widowed baroness, and carried her off to a seaside villa in Jamaica. "I have always smoked and drunk and loved too much," he once said. "In fact I have lived not too long but too much. One day the Iron Crab will get me. Then I shall have died of living too much." I have no idea what the Iron Crab is, but it sure sounds like Fleming got everything he wanted out of life before said crab finally took him down. 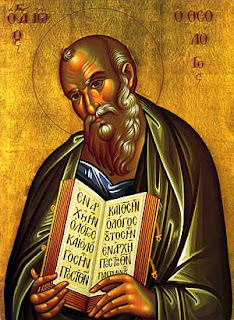 St. John the Apostle
He was BFF with Jesus and wrote part of the Bible. Nothing else comes close to having that on your résumé. 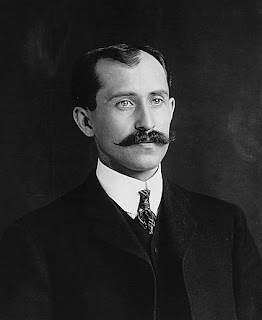 Orville Wright
Along with his brother, invented powered flight. That seems like a pretty significant contribution to civilization. I'm picking him over Wilbur because a) Orville got to fly the plane first; b) he kept most of his hair; and c) he had a truly kickass mustache. Sure, facial hair is less aerodynamic, but sometimes you have to make sacrifices.

Thought about putting Cleopatra on there just so I'd get to say "Hey, I got to see Cleopatra naked," but it would also involve sexual relations with quite a few caesars, and those guys were freaks. Not to mention it would all end with a snakebite. To live that eventful a life, only to meet your doom at the non-hands of a reptile, seems pretty bush.

So. Here be the Ten:

Your own Tens, and your lists of people whose lives you wouldn't mind Quantum Leaping into for a spell, are welcome in the comments.
Posted by Astronaut Mike Dexter at 7:16 AM

As for lives I'd like to live, I'm thinking some combination of Hemingway, Mark Twain and Ron Jeremy.

(1) Robert Mitchum - - ULTIMATE bad ass all his life, from hoboing as a boy to going to jail on a pot bust as the height of his fame and making it back without missing a beat to punching out Otto Preminger for mistreating a female co-star on set - - Mitch was the man's man everybody loves;

(2) Dean Martin - - speaking of Everybody Loves Somebody; the only guy who could tell Frank to shut the hell up and leave him alone at 4am;

(3) James Madison - - ok, I only was head writer of the most perfect governing document in human history (Constitution), but I threw in the Bill of Rights as a freebie; oh, and not only was I the only sitting President to ride into battle with my troops, I also got to marry and grow old with the most beautiful, fun and witty woman of her day. Damn right you'll buy me a beer.

(4) Quincy Jones - - On all legitimate Top 5 coolest dudes ever list; was involved with every exciting event of the latter half of the 20th Century; knew and hung with everybody; more beauties than Hef;

(5) Tycho Brahe - - Mr. Party Astronomer; more fun than Copernicus; first to give real legs to heliocentric theory (even if he didn't get it all right); lost part of his nose dueling in complete darkness (with his cousin) and replaced it with a tinted silver/gold tip; kept a drunken moose as a pet; richer than hell; got to legitimately boast that "I taught Kepler everything he knows". Only downside is dying of side effects of burst bladder after sitting through a six-hour meal (since the custom of the day dictated that it was rude to excuse oneself to pee during a feast).

"...it started with a conversation with Holly about the University of Virginia and an acquaintance of hers who really would've liked to have had sex with Thomas Jefferson. OK, I may have already said too much."

So, you are an acquaintance of Holly, right? ;)

I'd choose Jean-Paul Belmondo. No contest.