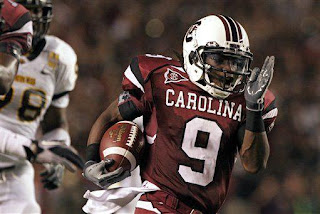 So last night was the official beginning of the 2010 college football season, and it was everything I hoped it could be. OK, maybe not everything -- South Carolina looked frighteningly proficient, and at no point in the USC-Hawaii game did anyone leave a flaming bag of dog poo on the sideline for Lane Kiffin to frantically stomp out, but still, it was football. In high def. That I was watching on my own TV, in my own house, that I was paying for with money from a job, which was not the case this time last year. Maybe God really does want me to be happy.

I don't think it's much of an exaggeration to say that I look forward to this glorious day in much the same way that a little kid looks forward to Christmas; that's how giddy the anticipation is. It's got all the trappings of Christmas, when you think about it: excited predictions about what we're all going to get (in the wins column), wearing special outfits and cooking special foods, spreading glad tidings to our fellow believers, making elaborate travel plans. (Seriously, a couple weekends ago Holly and I sat down and planned out every weekend between now and mid-December -- who our teams are playing, where we're gonna be, whether we'll be in the same place or off doing our separate thing. I made a spreadsheet. It's color-coded. Maybe you're not impressed, but Holly's mom was, and that's what counts.)

So I hope that counts as proof that I haven't become totally jaded, or completely lost my ability to experience childlike wonder about, you know, stuff. And football's not the only thing: There are still some things I await with breathless anticipation, even as an adult. These wonderful things are the subject of this week's +5: Five Things I Anticipate As Eagerly As Christmas (Or Football Season). 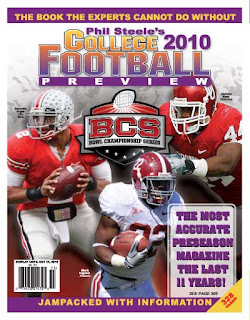 The Phil Steele annual
Stipulated: When you're making multiple sweaty-palmed visits to Books-A-Million round about the first week in June to see if the Holy Grail of football statistics and handicapping advice has arrived, you have a problem. Maybe a terminal one. But the arrival of Phil Steele's college football bible is the unofficial halfway point of the offseason -- a sign that it really is OK to start getting publicly geeked up about this stuff again, not to mention a sign that the end of the seemingly interminable football-free desert is on the horizon. And when you open that thing up to find that your team has been anointed by Saint Phil to do great things, it's like a ray of sunlight has burst from the clouds and pointed itself straight at you. 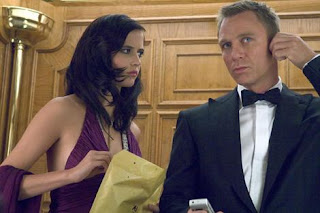 New James Bond movies
Even in the waning days of the Pierce Brosnan era, as the Bond franchise threatened to crumble into a mess of over-the-top CGI and questionable casting choices, the arrival of a new James Bond movie was something to look forward to. Now that the franchise has been rebooted and an emphasis has been placed on actual, you know, cinematic merit, it's become An Event. The series has stalled as MGM Studios has gone into deep financial troubles, but Daniel Craig is still under contract for two more movies, and both Craig and director Sam Mendes are said to be eager to get started on the next film once MGM gets its finances squared away. I'm crossing my fingers and hoping there will be a 23d Bond film (and a 24th) -- it just looks like we're going to have to wait a while for them. 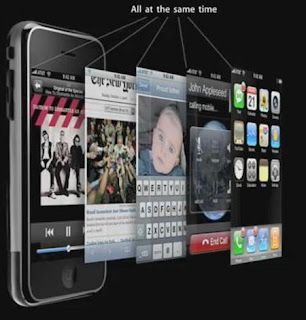 New updates to the iPhone operating system
OK, yes, this is Nerd City, the kind of thing that (ugh) a Georgia Tech fan might get jacked up about. But if you were an iPhone owner, you'd understand. "You mean I can cut-and-paste with a tap of my finger now? AND there's multitasking?!?!" Maybe it's sad that this is what I've been reduced to, but hey, it's a harsh world out there. You take your glimmers of hope where you can find them. 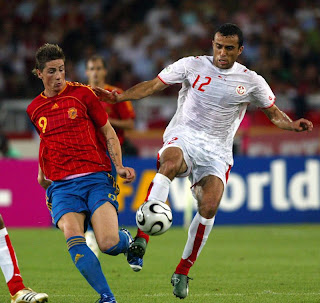 The World Cup
Here's the weird thing: For 47 out of every 48 months on average, I don't follow soccer at all. No, I don't feel guilty about this, it's not like soccer doesn't have enough fans elsewhere in the world. But there's just something about the World Cup that's awesome to me. Maybe it's the fact that nations from all over the world -- in some cases nations who might otherwise be inclined to despise one another -- are coming together in a single country just to play a game. Maybe it's the opportunity to see teams from fairly downtrodden countries rise up and get a chance to kick the ass of a superpower every now and then. Or, hell, maybe it's just stuff like this. But whatever the case, the World Cup is the one case in which I can get excited about someone winning 1-0 in overtime. It's not football (well, it's not our kind of football), but it'll do. 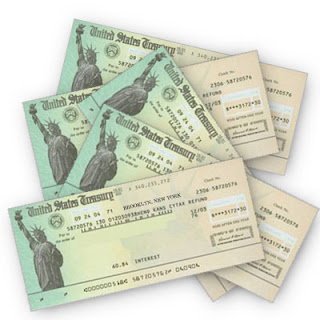 Getting my income-tax return
For about the past decade, I've been fortunate enough to get a refund from the gubmint on my income taxes, rather than owing them more money. It's kind of like getting a nice little present (or in some cases not-so-little) out of nowhere in the otherwise bleak expanses of February and March. And I can probably set my watch by the moment one of my libertarian or conservative friends pops up in the comments to say "I don't know what you're getting so excited about, the government's only giving you back your own money," but -- man, quit blocking my shine. It's money. I can spend it. Why bitch about it? Assuming I'm still going to continue getting refunds now that I'm at a new job, I think I'm going to blow 2011's refund on this.

Wow, I feel like a kid again! OK, not really. But here's the Random Ten, which I know y'all have been anticipating as eagerly as Christmas, or football season, or the return of the McRib sandwich:

Your turn to put your own Random Tens, and/or lists of things you still bother to bounce up and down getting excited about, in the comments. And happy Footballmas, everyone.
Posted by Astronaut Mike Dexter at 9:10 PM

Doug. I can handle that you are a liberal but an iPhone Fan Boy too? AAGGHHHHH!!!! Why are you so excited it took Jobs four renditions to get things other smart phones have had for years? It is about time they figured out to cut and paste and multi-task.

That Pitt/Utah game was like opening a Christmas present expecting socks and instead getting that Six Million Dollar Man action figure I wanted so bad in 3rd grade.
Utah is a fun team to watch.