The Friday Random Ten+5 is still gettin' it done after all these years.

I don't remember where the inspiration for this week's +5 came from, but I was talking with Holly the other day about something -- maybe it was a movie, maybe it was an album, maybe it was a car -- and we were remarking on how well it had held up over the years. In our instant-gratification culture these days, I think that's a quality that doesn't get talked up enough: Anybody can make an object, whether it's a work of art or a consumer good, that gets people jazzed at the moment it's introduced, but it's much harder to make something about which people will be saying 20 or 30 years hence, "Wow, it's been a long time but that thing has still managed not to be embarrassing. I'd still be proud to watch/drive/listen to/be seen in public with that." So here's a salute to that which has stood the ravages of time better than lesser creations: Five People, Places, And Things That Have Held Up Really Well. 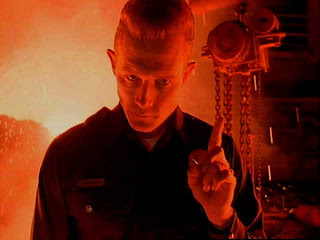 "Terminator 2: Judgment Day"
It's hard to believe that this movie is nearly 20 years old -- it was one of the first movies I saw after we moved down to Georgia in the summer of '91 -- and even harder to believe just how good the "liquid metal" visual effects look. For all the hype these days about advancements in CGI and 3D and whatever else, James Cameron probably set a bar with this movie for seamlessly blending CGI and live action that still hasn't been cleared. And while Cameron himself hasn't entirely resisted the temptation to make movies with so much CGI they might as well be video games, he still does it better than just about anyone out there. 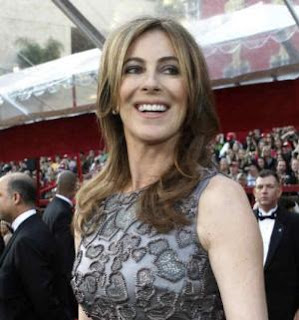 Kathryn Bigelow
Cameron's one glaring error: calling it quits with Kathryn Bigelow after only two years. The picture above, taken shortly before Bigelow became the first female Best Picture winner in Oscar history? She was fifty-eight years old when that was taken. Guys, I know I can't speak for all of us, but if someone came to me and said "Marry your current girlfriend and she'll still look like this 30 years from now," I'd take that deal no questions asked. (Side note: Does winning the Oscar for "The Hurt Locker" give Bigelow the creative leeway she needs to make the "Point Break" sequel we've all been awaiting for nearly two decades? God, I hope so.) Honorable mention: Helen Mirren, old enough to qualify for Social Security but still straight-up crushing it in stuff like this.


Tears for Fears Everybody Wants to Rule the World
Uploaded by Celtiemama. - Explore more music videos.

Tears for Fears
As much as I like '80s New Wave music -- fuck that, as much as I love it; I celebrate its entire catalog -- even I have to admit that a substantial portion of it comes off as really cheesy these days. Tears for Fears, though, is in a lot of ways an exception. I mean, you can occasionally hear some 1985 in the tinniness of the synthesizers or drum machines, but otherwise, this shit still sounds really good, and Songs from the Big Chair is just a great album, period. 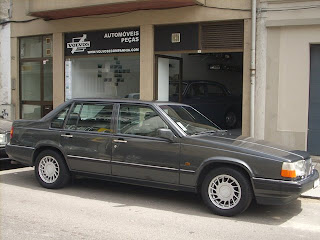 old Volvos
This past Tuesday I went down to the Volvo dealer in town for a special promotional event unveiling the new S60 sedan, which is certainly a gorgeous automobile, but let's take a minute to salute its boxy predecessors for their noble service in the mission of getting us to where we need to go and not getting us killed on the way there. Given how a lot of car manufacturers are re-introducing the concept of sharp angles in some of their recent designs, it's remarkable to ponder how good some of these old-style Volvos still look (the ones that have been well-maintained, at least), and while they may not have the laundry list of computerized, triple-redundant, radar-guided safety features that the new S60 has, they're still safe as a freaking house in the unfortunate event that you actually hit something. (Though I have to admit that the new S60, which has a camera mounted above the rearview mirror that scans the road for objects that look like people and will slam on the brakes for you if you're about to hit one of them, is pretty badass. Still, they're not bringing the wagon, and that is damn near unforgivable.)

"Muppet Babies"
This was the centerpiece of my Saturday-morning cartoon viewing for the vast majority of my childhood, and looking back on it now, it's funny how many of the visual gags went completely over my head. There was the Monty Python-esque cut-and-paste animation, which of course I totally didn't recognize as being Monty Python-esque to begin with, but this show was also chock full of pop-culture references that perhaps presaged all of us Gen-Xers growing up to become witheringly post-modern pop-culture-obsessed hipsters. That's what this show was: a training class for future hipsters. I'd really like to do a study interviewing people who were regular viewers of this show back in the '80s and seeing how many of them went on to become bloggers.

Your turn to take over in the comments: Random Tens, and nominations for stuff that's really stood up well over the years, are welcomed.
Posted by Astronaut Mike Dexter at 6:52 AM

My ten:
"Coming in from the Cold" Bob Marley
"Down and Out" George Strait
"Rubber Ring" The Smiths
"You are My Flower" Flatt & Scruggs
"Miles and Miles of Texas" Asleep at the Wheel
"Thunderstorms and Neon Signs" Hank III
"Don't Make Me Go" Johnny Cash
"Release" Pearl Jam
"Anyway You Want It" Journey
"Perfida" Glenn Miller Band

Agreed on the Volvo. I drove my 1986 240GL until it hit 240k miles, and even then ended up giving it to a family member who had gotten their licence.

Here is one blogger who was a regular Muppet Babies viewer and still occasionally gets some of the (still surprisingly catchy) songs stuck in his head.