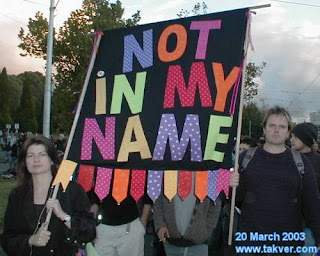 First it was Sonny Perdue whining about a headline the Atlanta Journal-Constitution ran in the wake of Georgia's bizarre loss to Tennessee in 2006.

A year later, Georgia's Republican-controlled state legislature decided it was going to stick its nose into the world of college football by passing a resolution calling for a college football playoff, not coincidentally a couple months after the 10-2 Georgia Bulldogs were denied a berth in the BCS national title game.

Now, mere days after the expatriate University of Florida alumni community in Georgia followed all the proper legal channels and got UF vanity plates approved by the state Department of Revenue, Georgia's Republican legislators are threatening to yank the tags if Florida's state lege doesn't reciprocate with a Georgia alumni tag.

Look, I've known for a long time that the Georgia state legislature is loaded with complete retards. I was but an apple-cheeked boy of 15 when my AP U.S. history class took a field trip up to Atlanta to watch the state House in session, and when we got back, I wrote, and the rest of the class signed, a lengthy editorial for the Columbus Ledger-Enquirer detailing just what a petty, vindictive, ineffectual monkey cage we had sitting underneath the Golden Dome. And it didn't take long to figure out that Sonny Perdue was no prize, either -- yeah, he may have been a walk-on at UGA, but he apparently doesn't even think Georgians can be trusted with the choice of whether to buy alcohol on Sundays or not.

But this latest wave of douchebaggery, as in-character as it may be, is on another plane of embarrassing, because now they're dragging Bulldog Nation into it. Just for the record, hardly any of us Bulldog fans cared what headline the AJC used after that Tennessee loss. We were miffed that Georgia got passed over for a national-title shot, but not enough to want politicians to start regulating college football. And we certainly couldn't give a rat's ass what kind of license plates people put on their cars, particularly since we have the simple rejoinder "42-30" to any UF grad who starts bragging about his Gator tag. But every time Georgia's legions of ass-witted politicians picks some dumb new way to trumpet their love for the Dawgs, it gets headlines all over the place and people all over the country shake their heads at what thin-skinned little bitches we must be.

The Georgia state government has turned into the overbearing parent who storms into the principal's office demanding to know why their kid got a B instead of an A on his term paper, who picks a fight with the coach of the Little League team because his little angel isn't in the starting lineup; meanwhile, the kid is just sitting there looking for a hole he can crawl into, wishing that Mom and Dad would just shut the f%$# up and stop embarrassing him in front of his friends.

Obviously, as someone who doesn't live in Georgia anymore, I don't have as close a connection to the state government as I might, so I don't know why they've spent the last 17 months on this Defend-the-Bulldogs kick. I'm sure a lot of them went to UGA, so maybe they feel like this is their way of sticking up for their alma mater. But to me, it just looks like a lot of dumbass, not-particularly-clever pandering. You think it's any coincidence Sonny threw his hissy fit over the AJC headline just a few weeks before he was up for re-election?

Again, I don't live in Georgia, so I can't speak on behalf of Georgians. But I can speak on behalf of Georgia fans. So Georgia state legislature, I'd like to respectfully ask that you cut this shit out. You're not scoring points with Bulldog Nation; you're just making us look like pussies. And considering that you've already got a drought and a state full of failing schools to deal with, perhaps you should deal with that before indulging your petty get-backs.

Mark Richt and the Dawgs were doing just fine before you started shitting unsolicited bricks on their behalf. They'll do just fine afterward. Holster your legislative guns and quit meddling in their business, or we're going to start seeking out cars with "state legislator" license plates in Athens on game day and keying them to within an inch of their lives.

I apologize on behalf our our stupid governor.

I have to disagree with you on this last one. Frankly, I don't think the state of Georgia should offer Florida or Auburn vanity plates. The state should be supporting state schools (and in-state schools). Now, if the state govt wants to rig it where they triple the price of the Florida & Auburn tags and send the difference to the UGA Athletic Fund, I don't have a problem with that.

However, the former stuff is all a pretty big waste of time.

I hate the UF tags - but seriously... WORD Doug, WORD.

Sonny and friends BUTT OUT - and take Michael Adams with you.

Why the big to-do now? They've already had AU tags for a couple of years, and there are Clemson tags available here too.

Thin-skinned opportunists! I het UF as much as any normal person, or at least UGA grad, should, but if you're gonna allow specialty plates, and the UF fans in this state followed the rules, then STFU!

Oh hell... god help all of us when Doug starts talkin bout the Alabama State Legislature. I can only imagine how embarrasing that we'll be for another southern state.

Those seeking equity must come with clean hands. Tennessee has for years offered UGA and Ga Tech (as well as Ga Southern) tags, yet Georgia doesn't offer a UT or Vandy tag. If Georgia is so freakin' big on reciprocity you would think they would have surveyed who did have UGA tags and give reciprocity to those state's alums before whining about how Florida treats them.

I don't think that this reflects at all on the standard issue UGA fan/alum btw, only on the general level of idiocy one might find in any state legislative body. When acts like these (and Tennessee's own "Road Kill, it's what's for dinner" law) are proposed it makes me wonder if states should be entrusted with the power the anti federalists seek for them.

Personally, I initially thought that UF vanity plates would be a bad idea, but after some thought, I actually think it could be a good thing. It is taking a tip from the puritans, kind of like having Hester Prynne wear a scarlet A. It gives us a warning about the drivers of certain vehicles, lets us know whether to accidentally bump our doors into theirs when we park next to them in parking lots, and tells us who let into the flow of traffic and who not to let in. Damn, the more I think about it, they ought to be required.

It's a cheap distraction/bribe on the part of these asshats. Their reasoning I imagine goes like:
1. I think a majority, or at least a plurality of our constituents are UGA fans.
2. We don't respect their intelligence
3. But we think a lot of them may have a hard time believing such tripe as "no property taxes for all" being able to go hand-in-hand with "having enough revenue to avoid more droughts and keep our infrastructure from failing to pices."
4. Let's make a big deal out of the Florida tags!

When all we really want is to be able to buy beer on sunday.