A memo from the desk of Arnold T. Pants, Esq.:
Burning sensations, hot Brits, and an internship even Monica wouldn't take.

• Yeah, schmucks, I'm back. Had to go in for a little minor surgery Monday morning -- doctors at UAB Hospital had to remove a cyst from my back that turned out to be a twin I'd partially absorbed in the womb. Apparently the resection process was a little more difficult than it should have been, since the half-developed twin really put up a fight and was clinging onto my spinal cord with its little flipper arms and the docs didn't want to put my central nervous system in danger. But the finally pried the little sucker loose, and we gave my twin, whom I've christened "Danny," a proper burial in the backyard. 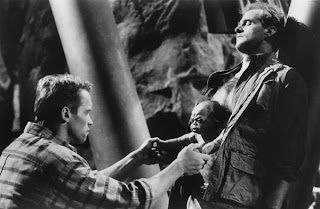 OK, everything except the surgery part was a lie. It was just a cyst, nothing special, although they did have to dig pretty deep in there to get it all out, and after a day or two of recuperation, I'm back up to speed, more or less. My back's a little sore, but the worst part of the surgery actually had nothing to do with the incision or the muscles they had to cut into. Kids, do y'all know what a Foley catheter is? Well, it's a latex tube they stick up your johnson before surgery so that you can evacuate your bladder while under general anesthesia without making a big mess. They put it in after you're put to sleep, and they take it out before you wake up, so you're blessedly unaware of all this going on -- but good God almighty, for pretty much the first 72 hours after they yank that thing out, anytime you have to go to the bathroom it feels like you're pissin' razor blades. I'm not trying to gross you out here, I'm just trying to make a blatant, graphic ploy for your sympathy. Hope it worked.

But anyway, everything's just fine other than the fact that my back is really sore and it burns when I pee, which is the aftermath of an average Saturday night for me. So I'll be fine.

• This is what it means to be cared for: Your mom comes up the night before your surgery to drive you to the hospital and make sure your dogs don't tear your apartment to bits; she brings you home for the hospital and immediately heads out to pick you up Frappuccinos and Percocet as you fall onto your bed in an anesthesia-induced haze; and when you wake up three hours later, she's scrubbing your kitchen down to the floorboards. The next evening, as you're lying on your couch watching "Bullitt" on DVD and convalescing, there's a knock at your door and it's one of your best friends from work, bringing a pizza and cake that the folks at your office bought for you. If this "karma" thing is real, I owe the rest of the world a pretty long list of good deeds. (Thanks, guys.) 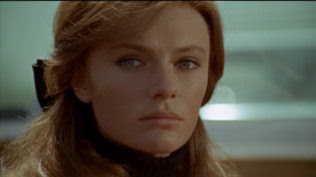 • On the subject of "Bullitt," I'd like to give circa-1968 Jacqueline Bissett props for being one of the hottest women ever to grace the silver screen, or any other color of screen, in any era; that, combined with Steve McQueen's monolithic bad-assedness, means that not owning "Bullitt" in some format makes you less of a man.

• In my compromised physical state, I had nothing to do Tuesday evening but lie around on the couch and watch MSNBC's coverage of the 3,576th Democratic candidates' debate, and I couldn't help but notice that MSNBC bills itself as "The Place for Politics." However, CNN, throughout its coverage of the 2008 primaries, has made the ballsy declaration that "CNN = Politics." So if both of those are true, does that not mean, then, that MSNBC is the place for CNN? 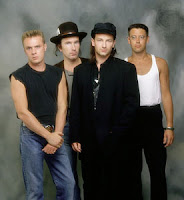 • Music alert: U2 says their 12th studio album will be released this fall; the Pet Shop Boys say they'll put out a new album in early 2009.

• Last but not least, those of you looking for summer job opportunities need look no further. You need only answer one question: How wide is your stance?
Posted by Astronaut Mike Dexter at 7:47 PM

Wow, Doug. That sounds like pretty intense surgery. Don't look at as "owing the world a long list of good deeds." Maybe you're just on the receiving end of good deeds already sown! That or maybe God actually likes you. :) Glad to hear you're feeling better.

Bah. A real man takes the catheter alert and without anesthesia; same with removal. Guess we get to call you 'tender dick'.

Seriously, get well. And moms are great.

I often wake up from an anethesia-induced coma to find your mother scrubbing MY kitchen as well. Weird.

I heard you were spineless. I was hoping you had a backbone transplant.

I can't believe you wrote about having a cyst without making a Rush Limbaugh Vietnam joke. I'm disappointed.