The Friday Random Ten+5 reminds you it's better to give than receive, brother.

Now that Thanksgiving is in the rearview mirror, I can safely get excited about Christmas. I like to have all my holidays kind of neatly ordered; there's no Christmas talk in this household before Thanksgiving, which apparently some people have a problem with. When I was down in Columbus visiting my parents the weekend before Halloween, some shopping center in C-Town already had the big shiny Santa/reindeer setup on their roof. Huh? Let's just say that if I haven't even bought my Halloween candy yet, you can be damn sure I haven't bought any Christmas presents. But it looks like Christmas is kind of turning into the holiday version of American presidential campaigns, where the season never really ends. Some department store is eventually going to hold a "Get an Early Start on Next Christmas!" Sale on December 26, and I'll bet it happens during my lifetime.

But, ahem, like I said, the Christmas season is now official, and it being November 30 and all, that's fine with me. I'm even going to give a helping hand to all you folks out there who were scratching your heads wondering what to get me. Herewith, the Five Potential Christmas Presents Of Varying Degrees Of Feasibility That You Can Get Me This Year (With Alternates): 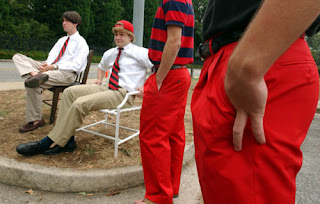 A pair of red pants (about $75; I honestly have no idea)
The day you put on your first pair of red slacks is the day you know you have truly advanced into a new echelon of Georgia fandom; I guess it's kind of like when a Florida fan leaves his cutoff Wrangler jean shorts in the drawer and puts on his Abercrombie jean shorts. Yet as many pairs of red pants as I see on the Georgia campus on any given gameday, I haven't been able to actually find any in a store. My friend Kristen, who lives up in Maryland, has been looking for a pair for me for ages; "I live in a town that has a haberdasher. That's what the sign says, haberdasher," she once told me, "and they didn't have any." So if you can find a pair for me, you will be my hero. I can supply the requisite black polo shirt on my own.
Alternate idea: A "blackout" T-shirt from the Auburn game ($19) 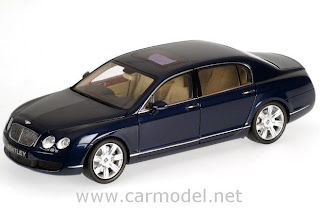 Minichamps 1/18-scale Bentley Flying Spur ($220)
There's a dude in town who has the 1/1 version of this; I figure I'll never actually be able to own something like that, but I'm perfectly happy to settle for the scaled-down version. I don't know if they've actually shipped any of these to the U.S. yet, so you may have to go through a European distributor, but being a nice guy I'm happy to give you a hand with that.
Alternate idea: A 1/18-scale Bentley Continental GT, the two-door version ($160) 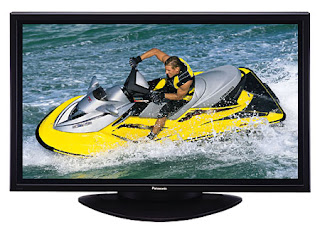 Panasonic TH42PX75U 42" plasma TV ($1,400)
Unlike a lot of guys, I don't try to compete with my dad all that much; given that he's a successful physician with a happy 35-year marriage and I'm a schlub middle-manager with a bachelor's degree who's never been able to keep a relationship going for longer than three months, it'd almost certainly be wasted effort on my part. So just because Pops went out and got a 50-inch plasma TV right before the Georgia game earlier this fall doesn't mean I feel a burning need to show him up by going one size bigger, or even matching him inch for inch (ugh, that sounded gross); I'm perfectly happy to settle for the 42-incher.
Alternate idea: The TC-32LX70 32" high-def LCD model ($900) 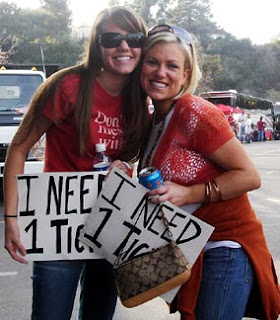 Two tickets to the Rose or Orange Bowl ($135/each, face)
That's it -- you come up with the tickets, I'll figure out how to get to Miami or Pasadena. If push comes to shove I figure I can always hitchhike; I'm sure it'll only be a matter of time before some hot cougar pulls up in her ex-husband's Mercedes and agrees to drive me cross-country in exchange for nothing more than sexual favors. That's how it always happens in the movies, at least.
Alternate idea: One ticket
Alternate alternate idea: One of the two girls in that picture

Lego Ultimate Collector's Edition Millennium Falcon ($500)
Yeah, I know, I'm a dork, but the way I figure it is, everybody should have at least one toy they loved as a child that they carry over into adulthood, and Legos are mine. This thing is nearly three feet long and has more than 5,000 pieces; the instruction book alone weighs nearly four pounds. The possible downside, of course, is that I'd be so busy putting this thing together I'd go on a blogging hiatus that could potentially extend for weeks. (For y'all, of course, that may the biggest reason to get me one.)
Alternate idea: Imperial Star Destroyer ($100)

So now you've got something to work on. Good luck! And here's the Ten:

Your own Random Tens and Christmas gimme wish lists are welcome in the comments.
Posted by Astronaut Mike Dexter at 8:14 AM

Why don't you ask Lambda XI pledges, Bryce & Austin, to find you a pair of the red pants?

I'll take the blackout T-shirt.
I 250+GB external hard drive w/ FW & USB 2 (instead of the cars)
I plane ticket to Hong Kong or Thailand instead of the TV.
Probably the brunette, but with the big glasses I can't be 100% certain.
And the Falcon would be great (official dork, also).

Dude, check out orvis.com for the red pants. That's where I got mine after a long fruitless search.

A fancy cell phone. And by fancy I mean not the free one that comes with the plan.

I would have bought these for you but you did not tell me what size!! (honest size not dreaming size)

Think the store on Baxter referred to by the other anonymous is George Gibson's.

And, fwiw, they already have "Get an Early Start on Next Christmas!" sales beginning December 26. Things like lights, cards, wrap and stuff that is only good for Christmas has been on sale - and I mean something like 75% off - since I was a kid, and that's a long time ago. Plus, I know people that wrap up pictures of things they want to give but can purchase much cheaper after Christmas. Then they take the picture and go buy the gift. I do realize that isn't really getting a jump on next year, but it seems like it's a related concept.

I got my boyfriend a pair of red pants from Dick Ferguson's last year. You can order them online:

Let me get this straight, you want to spend a couple hundred on a model of a car? I mean the Legos, yeah, I can understand, I mean it is Legos and Star Wars. It is an investment.

What kind of magazine do you edit again, playa? 'Cause if its a good one you could probably just expense the alteration on that jacket you're wearing in your photo. Good tailors are pretty thick on the ground in Birmingham, yes?

Besides the stores already mentioned, two mor options come to mind. When I was in school, mid 90s, there was a little mens clothing store downtown called I believe McColly's- I think it was on College & maybe Washington, and they sometimes had red pants.

Also, there were red pants in the UGA Bookstore catalog that was sent to me in the mail this year. They had little black embroidered "G"s all over them. Hold on... Here:

Also, lots of dudes rock the red Dickies, but I don't know where one buys Dickies pants, other than here: http://www.dickies.com

All I want for xmas is UGA in the Rose Bowl. If that happens then your first beer is on me.

2. "Train Leaving Gray" by Mason Jennings, from 'Birds Flying Away'

7. "Black With N.V. No Vision" by Black Sheep, from 'A Wolf In Sheeps Clothing'

9. "Fresh Interlude" by Wyclef Jean, from 'The Carnival'

I got my pants on ebay for about $15. Polo brand, or at least they really look like it.

If you're looking for red pants an order of magnitude more expensive, try BenSilver.com. I got one catalog from them before they refined their database to eliminate scruffy cheapskates.

Re: Christmas presents. I've reached the point where I actually am pleased to get a tie - most anything that I don't have is something I can't afford, with the possible exception of an iPhone or a larger capacity iPod.

I understand the urge to own a model of a Bentley, but instead I just do a drive-by: the local Bentley / RR dealer is a couple of miles away, immediately next to the supermarket. So when I waft by in my imported car that also has 4 wheel drive and a turbo-charged engine (but as a Subaru, slightly less cache), I open the windows and absorb the eau de wealth.

Doug,
From a resident Athenian (taking JMac's phrase), I concur with the earlier commenters - Dick Ferguson's and George Gibson's (that's the one with the fancy new building on Baxter, across from Bulldog Sporting Goods) could both hook you up on the red pants. Heck, you could probably even get McGinty to pick up a pair for you.

As for the Falcon, nice, but minor league. A couple nights ago, My wife was flipping through one of the 5.3 gazillion catalogs that have arrived at hour house since LAST WEEK (apparently once you have a child, every toy or kid's clothes maker on the planet opens the floodgates on you), and there was a sweet-looking MF opposite something she was trying to show me. I commented ont he Falcon and she just said "thirty-two hundred."
Yeah, that was my reaction too.

I got the Double Knee work pant in English Red from Dickies.com

I like the double knee. That way it doesn't rip when I stumble to the ground in my drunken stupor.

So I'm the only one who think that red pants make one look like a fratty dickface? Alright, then.

Black Friday bruh... got a 37" LG 720 LCD for $800 total, INCLUDING Tax. I was willing to spend an extra hundred or two on a bigger name or 1080, but honestly? When I got in there and started looking at em, this one had the better picture anyway, and it's all about what best fits your room. For my apt, anything bigger than that would have been absurd.