BlogPoll ballot #11: Like Navy, I'm taking the day off. 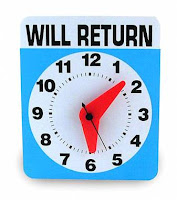 To celebrate the football team's first win over Notre Dame in 44 years, the Naval Academy cancelled classes on Monday, giving 4,400 midshipmen the day off. Hey, that sounds like a great idea! So my BlogPoll ballot is taking the day off too, or the week, as it were -- I'm still putting down a ballot, but it's taking the week off from making sense. Sorry, your criticisms and condemnations will be dealt with when I get back.

1. LSU (Last week: 1)
Yup, their placement is more tenuous than ever, but LSU stays in the top spot. There were times when they looked hell-bent on giving the game away to Alabama last week, but they didn't, and now have four wins over teams currently ranked in the top 25. I'm less sure than I was before that they'd win in a hypothetical BCS matchup with undefeated Ohio State or likely Pac-10 champion Oregon, but I don't think that "they keep winning by the skin of their teeth" is a reason to dock them, either, at least until they lose to a demonstrably subpar team. They've just finished a gauntlet of Florida, Kentucky, Auburn, and Alabama, all of them ranked, two of them on the road; their one loss in that stretch took three OTs. Name me another team in America that's even played a four-game stretch that difficult, much less made it through unscathed.

6. Kansas (8)
Come on, Mangino. You couldn't have tried for 80 against Nebraska? You know Osborne or Devaney would've done it to you.

9. Auburn (10)
Should a three-loss team be in the top 10? Eh, probably not, but their defense, at least, is worthy of the ranking, and I've got an unpleasant feeling that they're going to demonstrate as much against the Dawgs this weekend.

11. Boston College (7)
I figured Matt Ryan was going to run out of comebacks eventually, but against Florida State? Really?

14. Alabama (17)
Yes, they get raised three spots despite the loss to LSU. What can I say -- they played the Tigers a lot closer than I expected. That said, though, they'd better be careful about not moping around this week, because they're not so good that they can't get Croomed in Starkville.

17. Arkansas (NR)
For all I know, Arkansas is simply replacing Rutgers as my Running Team That Leaps Up Into The Rankings For One Week, Only To Crap Their Pants And Get Knocked Right Out Again, but did you see Darren McFadden against South Carolina? Before the season, my thinking was that any team with both McFadden and Felix Jones in the backfield had a chance in any game they played, and it looks like after a frustrating start to the season, that might finally be happening.

21. Virginia (NR)
The Cavaliers, currently 8-2, have scored only 28 points more than they've allowed this season, and their last four victories have come by a total of five points. Les Miles smiles and says, "Sounds like an awesome team to me."

Six out of 10 on the quiz. That was actually pretty challenging.

OK Doug - you have taken my suggestion that Ohio was not yet ready for the #1 spot (three weeks ago) too far. You must recognize their merit by now!! (or are you just waiting for the M game to make the appropriate final decision? Too many Big Blue fans amongst your friends? How 'bout family ties!!!!)