Please forgive the Friday Random Ten+5 for going all sentimental for just a bit.

Sorry for being a little tardy with this one, but I consumed my own weight in Thanksgiving dinner yesterday, and rebooting my system took a little longer than I expected. The final tally: three helpings of turkey (with gravy and dressing), two helpings of cheese grits (a family tradition this time of year), four rolls, green beans, a dollop of cranberry relish, one piece of apple pie, one piece of pumpkin cheesecake, and just to annoy the hell out of my parents, two squirts of Reddi-Whip directly into my piehole. (Also a family tradition, in its own way.) Between the tryptophan and the colossally boring Cowboys-Jets game, I almost wondered if I'd wake up at all today.

But I did, and here's Five Things For Which I'm Sincerely Thankful This Year: 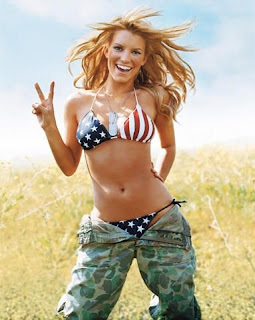 Being an American
Yes, I know I've spent the last few years being as outraged as any human being alive over the direction in which this country is being taken, but it's nice to live in a country that's at least worth getting outraged over. Think of how many other countries in the world where people simply say "This place is beyond saving," pack up their stuff and come here -- how fortunate are we that, even when our government can't find its own dick with two hands and a map, our standard of living is still better than 95 percent of the rest of the world? 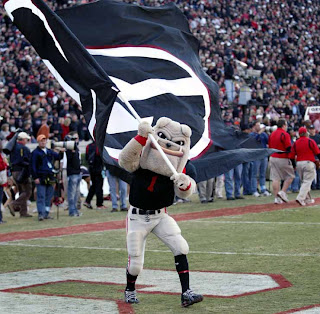 Being a Georgia fan
Last weekend I was up in Big Ten country, shivering in a 36-degree drizzle; this weekend I'll be watching the Dawgs take on a team whose fans are 90-percent male and whose idea of a Saturday-night throwdown is a 12-man "World of Warcraft" game in somebody's rumpus room. So as you might expect, I'm thanking my lucky stars for survivable temperatures, expansive tailgating, and hot girls in red and/or black dresses right about now -- not to mention an awesome team and a coach who's a stand-up guy, whether he's in Good Richt or Keyser Söze mode. Like being an American, being a Georgia Bulldog -- even when it drives you frickin' nuts -- is still pretty awesome. 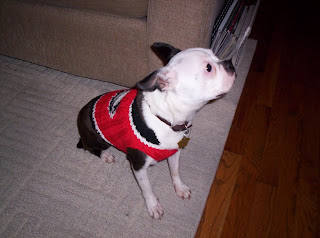 My dog
For a long time I didn't think I was a dog person. Then I realized I like dogs, but I didn't think I liked little dogs. Then I decided I liked Boston terriers, but I thought for sure I'd never be the kind of person who puts clothes on a little dog and walks it around -- though as you can see from the above picture, that, too, has gone right out the window. As with being a parent, having a dog makes you do things you never thought you'd do -- and occasionally makes you crazy -- but given that Jenna the Wonder Terrier is one of the best things that's ever happened to me, it's totally worth it. She's helped me make friends I never would've had the werewithal to make on my own, and you can't imagine how nice it is to come home after a shitty day at the office and have someone run up to you like your mere presence is the most exciting thing ever. Now if I could just find a human female who looks at me that way, and no, it's not necessary for her to lick my face. 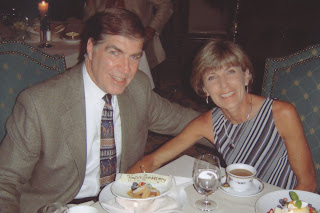 My family
Every time we go down to Columbus for a weekend visit, my sister and I remark on how nice it is that we have parents we actually look forward to seeing, rather than dreading the prospect of spending three days in their presence. I've got a dad who's given me a role model for how someone should act as a member of society; a mom who is a pillar of hard work and morality, yet who also told me probably three quarters of the dirty jokes i know; a sister who has been full of support and good advice in my frequent clueless moments, and who can dog-sit at a moment's notice; and an overall family unit that has survived for decades without divorce, separation, addiction, or anyone getting thrown in jail (despite my best efforts). There is literally not a day that goes by that I don't thank the Lord for blessing me with all of them. 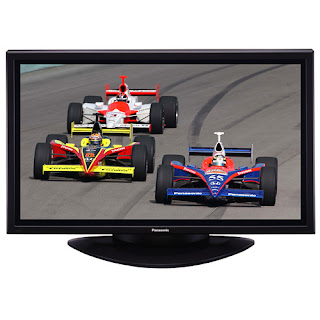 50 inches of high-definition plasma goodness
Hey, they can't all be life-affirming and profound.

Ah, yes, nobody gets me into that holiday spirit quite like the Cube.

Last but not least, readers, I'm thankful for all of you; you boost my ego on the regular with your praise, your contributions, the fact that you're even interested in this blog to begin with. I can't tell you how much my life has benefited from the fact that y'all don't have anything better to do. Leave your own Random Tens, and whatever you're thankful for, in the comments.
Posted by Astronaut Mike Dexter at 10:44 AM

Sounds like your parents and my parents are very similar.

The older I get, the more I thank God for being born to them.

My mom never told me bad jokes, though. She did show me how to throw a curveball.

Did not hear a thankfulness for being employed as a journalist. Of course, the phone calls from irate reader are more than enough.

I don't have near the collection of Pet Shop Boys you do.

Nina Simone. I have to say I never thought I wold see her in anyone's Random Ten, but she definitely is worthy.

thanks for the Good Times you provide here Doug.