The Friday Random Ten+5 doesn't have anything left in the tank.

As previously explained, this weekend's Homecoming game against Troy is a major letdown opportunity for the Dawgs after their huge win over Florida; historically, Georgia has not exactly been great at maintaining momentum for these supposed "gimme games," particularly right after beating a hated rival. But we're not the only ones who have those problems, and that's why this week's +5 is Five Historically Bad Follow-Ups To Good Initial Performances. 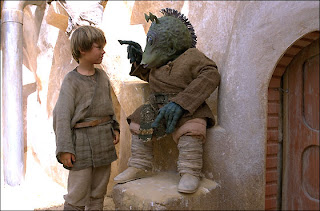 "Star Wars" episodes 1-3
The original "Star Wars" films (episodes 4-6, released between 1977 and 1983) were a franchise that revolutionized the way science-fiction films were envisioned and made an indelible mark on pop culture; the only lasting impression left by the "prequel" films released between 1999 and 2005, however, was "Wow, George Lucas is actually a terrible director." The prequels featured wooden acting despite bringing together some of the most accomplished and sought-after actors in all of Hollywood and sprinkled in moronic supporting characters like Jar Jar Binks; they were also slathered with so much CGI that they usually looked less lifelike than anything this side of "The Polar Express." The scripts seemed as though they'd been spit out by a computer program, and most of the resulting scenes had no more drama or build than your average city-council meeting. Just terrible, terrible movies that were almost bad enough to sink the "Star Wars" legacy all by themselves. 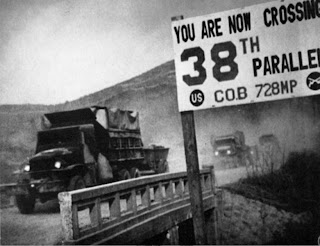 The Korean War
After World War II, in which we kicked the shit out of not one but two overseas dictatorships hell-bent on world domination, the U.S. looked damn near invincible; basically, we were the mid-century geopolitical equivalent of today's New England Patriots. So kicking a bunch of sandal-wearing commies out of Seoul and all the way back to the Yan River should've been easy, right? Well, it was for a while, but then the Chinese dumped 200,000 more troops into the Korean peninsula, pushed Allied forces back south of the DMZ, and retook Seoul. Allied troops eventually pushed back to the 38th parallel and an armistice was signed, but still, having to settle for a stalemate and being unable to completely reunite a country barely bigger than the state of Utah came as a huge disappointment. The hangover from the loss continued as the U.S. lost their next matchup to an unranked Vietnam squad, and needed victories over cupcakes Grenada and Panama to get off the schneid. 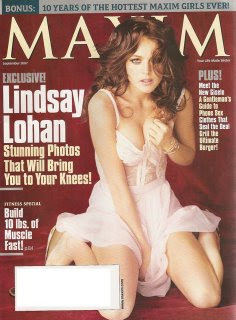 Maxim choosing Lindsay Lohan as #1 on its "Hot 100" list for 2007
Yes, this was also addressed in a previous Ten+5, but it bears repeating. If you're Maxim, how in the world do you follow up a sequence of Jessica Simpson (2004), Eva Longoria (2005), Eva Longoria again (2006) with a spoiled cokehead who's spent more time in rehab than in front of a camera over the last few years? OK, yeah, she's got a big rack, but so does Phil Fulmer and nobody's putting him in the Hot 100 of anything. 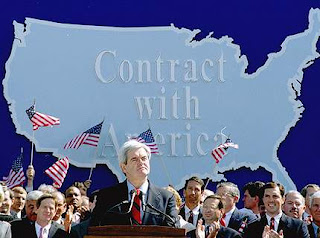 The Democrats in the 1994 election
Everything looked like it was turning around for the Dems -- after 12 years of Reagan and Bush in the White House, the Democrats won back the presidency and maintained their control of both houses of Congress. This lasted all of two years. Then a bunch of corrupt douchebags from the GOP muscled their way into the picture with never-to-be-kept promises of term limits and greater government accountability, and they managed to sell this just well enough to the American people that Democrats were kicked out of Capitol Hill en masse and replaced by a bunch of "freshman" Republicans who looked like the kids in elementary school who'd raise their hands at the end of class on Friday and remind the teacher that she'd forgotten to assign any homework. Tellingly, ringleader Newt Gingrich only lasted four years before completely ruining his career and reputation, and thanks to corruption, unresponsiveness, and a predilection for male pages, the "Republican Revolution" as a whole only lasted 12 years (which pales in comparison to the 40 years of Democratic control that had directly preceded it). Still, that just makes it all the more embarrassing that the Democrats could've ever been so overwhelmingly pounded by these dillwipes. 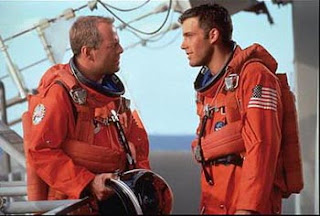 Ben Affleck in "Phantoms" and "Armageddon"
"Good Will Hunting" put Affleck on the map in 1997 not only as a promising young actor but also as a talented writer; I can remember people talking about how he might turn into one of the greatest actors of his generation. So what'd he do next? He appeared in "Phantoms," a derivative horror-novel adaptation, and "Armageddon," maybe the most willfully stupid summer blockbuster ever made. Let me get this straight: For the task of inserting a nuclear bomb into an asteroid so that it will break apart and not threaten the very existence of life on earth, you're going to pick a bunch of oil-rig workers, just because they know how to drill stuff? And when they land on the surface of the asteroid, the seriousness of their task isn't enough to keep them from fooling around and shooting Gatling guns at each other? That movie was so bad it literally killed brain cells.

Your own Tens and/or suggestions for bad follow-up efforts are welcome in the comments.
Posted by Astronaut Mike Dexter at 8:59 AM

I've got a few more for you. How about Woodstock '99? Riots and fires and guns, oh my!

I also think that The Matrix sequels were actually WORSE than Episode 1-3, too.

I agree with Universal on the Matrix sequels.

"Iraq War, the Sequel" has been an absolutely terrible followup to a fine whuppin'. I just can't begin to imagine how bad "Iraq War III, On To Iran" will be. Can we please have a new president now?

afflack was the bomb in phantoms, yo

Little off topic, but...

You know that picture where Richt and Meyer are talking pre-game?

This is probably what was said.