Poll dancing, week 12: A week that went through the motions.

Earth-shattering news in college football was few and far between this past weekend, at least in terms of on-the-field action, so I'll warn you that you're not going to see a lot of stunning insight in this week's ballot explanation. Instead, you get this. 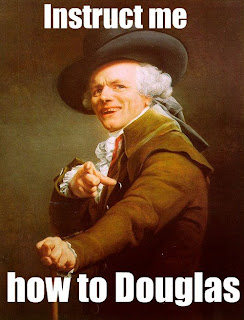 · After a weekend marked by a dearth of consequential games, the major news on the BlogPoll ballot front is sparse indeed. The biggest story would obviously be Nebraska plummeting down into the teens after losing to Texas A&M, and while in retrospect that punishment might be a little harsh -- there was definitely some home cookin' involved in some of those penalties against the 'Huskers -- the refs alone don't account for Nebraska only managing six measly points against a nothing-special A&M defense. 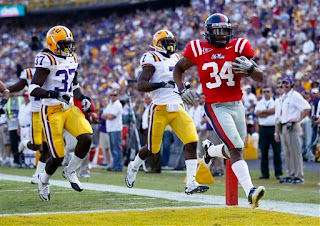 · LSU got docked a spot for getting played much closer than they should have by an awful Ole Miss team -- this is the same Rebel squad that basically did nothing but duck and cover for 60 minutes while Tennessee rained hellfire on them, remember. Stanford seems worthy of taking their place after whaling on Cal a lot worse than Oregon did. I don't know why Wisconsin dropped two spots after a win, but in my defense, the two teams above them, Alabama and Oklahoma State, are playing really well right now.

· Had a little trouble around the bottom of the rankings there -- in the very first draft of the ballot I did, without looking at the previous week's ballot at all, I had Iowa maintaining their #24 spot despite a loss. Thing is, nearly everyone immediately below them (as you can see from the "next five") lost last week too, and I couldn't elevate a new team into the top 25 after they'd just gotten pounded. So I went casting about for a new #25, and Air Force snagged the brass ring. By all means, let me know if you've got any better ideas.

And here's the SEC Power Poll Ballot, which, in keeping with the generally blah action over the weekend, appears to be in the exact same order as last week:

1. Auburn -- As excited as I am about the Iron Bowl, I'm almost more excited at the prospect of listening to Finebaum the following Monday, regardless of what the outcome of the game is.

2. LSU -- Giving up 36 points to a baaaad Ole Miss team sure doesn't bode well for this weekend's game against Arkansas, though knowing Les Miles, he might've done it on purpose as a smokescreen. 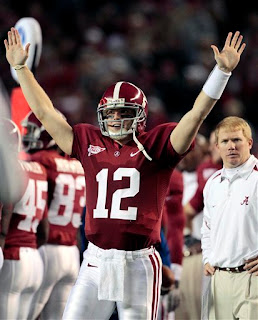 3. Alabama -- I have a feeling there's going to be a lot of "asterisk" talk out of Tuscaloosa if Auburn manages to knock off the Tide.

4. Arkansas -- I've been hearing that they may have an outside shot at an at-large BCS berth if they can beat LSU, and I'm not sure I buy it, but they'd still be a hell of a lot more deserving than whoever comes out of the Big East cripplefight with the conference crown.

5. South Carolina -- At the point in the second quarter when the Gamecocks went up over 50 against Troy, Steve Spurrier had to feel like he was back in the Swamp again.

6. Mississippi State -- The Bizarro Bulldogs have to be kicking themselves over the Arkansas game. A win wouldn't have put them in the BCS, but it still might've made for a nice little bump up in bowl prestige.

7. Florida -- I can't even remember who they played Saturday, but I'm pretty confident in the belief that it wasn't anyone good.

8. Georgia -- Three months ago, Dawg fans had a glimmer of hope that the UGA-GT game might put them over the top into a BCS bowl. Now we need a win just to get into any bowl. 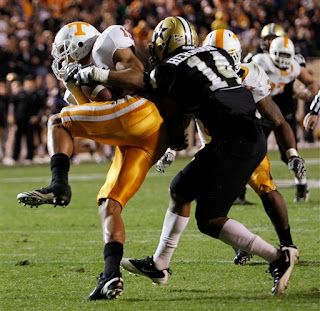 9. Tennessee -- No one's going to call the Vandy classic, but I guess I can forgive the Vols a little if they were looking ahead to Kentucky. Though it's still weird to think of the Wildcats as a team you'd look ahead to.

10. Kentucky -- If the 'Cats can't finally get over the hump against Tennessee this weekend, then we may eventually see Notre Dame-Navy being eclipsed in the record for longest streak of rivalry futility.

11. Ole Miss -- They jump ahead of Vandy based on a performance at LSU that was far better than anyone could've predicted, but there's still ample opportunity for them to climb back down into the crevasse if they really tank it against Mississippi State this weekend.

12. Vanderbilt -- Looks like the Commodores are back to a level where putting a brief scare into someone is the best they can hope for.
Posted by Astronaut Mike Dexter at 6:49 PM