SEC: THE MOVIE!, or what happens when yet another fun distraction gets completely out of hand.

So I finally got around to reading Michael Lewis's The Blind Side this past week, and tellingly, I only needed four days to devour it cover-to-cover; it was an amazing story, but also a fascinating history of the evolution of the left tackle position that explains precisely why a guy like Michael Oher (currently preparing for his rookie season with the Baltimore Ravens) would be in such high demand. As you may have already heard, they're turning the book into a movie, and three coaches who figured heavily in the recruiting battle for Oher -- Nick Saban, Phil Fulmer, and Ed Orgeron -- will be playing themselves in said film.

Having seen numerous interviews with Oher's adopted family and other people who figured prominently in the story that makes up The Blind Side's narrative, I had my own ideas for who should play whom in the movie, and had Saban, Fulmer, and Orgeron declined to appear in the movie, I decided I would've gone after . . . 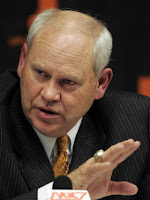 Fred Thompson as Phil Fulmer
Who better to play Fulmer than a near-lifelong Tennessean? (Though if Thompson did decide to decline the role so that he could make another half-assed run for the presidency in 2012, Joe Don Baker would do in a pinch, provided he's not already booked for the long-awaited "Mitchell" sequel.) 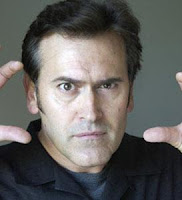 Bruce Campbell as Nick Saban
The guy with the perfect look to play this pivotal role, of course, is Don Johnson, 20 years removed from "Miami Vice" but still as gloriously coiffed as ever. But I decided fairly early on that Bruce Campbell would have to be involved in this project somehow, and I can think of no more ideal role for him to play than that of the Armani Bear. Having gotten his big break playing a character who had to defeat hordes of demonically possessed, re-animated corpses, Campbell is perfectly suited to play someone charged with taming a massive fan base still convinced that Bear Bryant is coming back. Plus, can't you just picture Campbell saying the line "I just love those window treatments" in a perfect deadpan? I know I can. 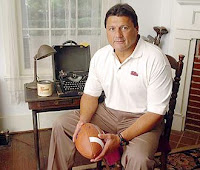 Ed Marinaro as Ed Orgeron
Marinaro even played football himself (at both the college and pro levels), so all we'd need to do is get a voice coach to teach him to bellow incoherently and he'd be all set to play the coach whose program Michael Oher eventually chooses. Then again, if we wanted to throw caution to the wind and shift into total stunt-casting mode, we could always give the role to Sylvester Stallone, who is equally muscled up and has the incoherent-bellowing thing down pat already.

So that was all well and good, but then I got into an e-mail conversation with Dave from the quite excellent Michigan blog Maize 'n' Brew, and Dave had to go and mention the SEC coaches' meeting post from a few weeks back. And I got to thinking, how would I cast that as a big-budget slapstick comedy? And before I knew it, the morning was gone and I had a full cast for "SEC: THE MOVIE," coming the 12th of Never to a theatre nowhere near you! Let 'er rip: 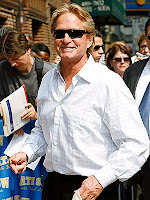 Michael Douglas as Steve Spurrier
This was a challenge, as it takes a very special actor to convey Spurrier's unique blend of football-history-altering gravitas and snickering schoolyard douchebaggery. I think Douglas, who both delivered the legendary "greed is good" speech in "Wall Street" and played a sleazy toupeed hitman in "One Night at McCool's," could pull it off.

Alec Baldwin as Les Miles
Squint a little and they almost, kinda, sorta start to look a little bit alike. And if you've watched even five minutes of "30 Rock," you know Baldwin is well-equipped to play someone whose spectacular success and influence masks a core of barely contained insanity.

Christian Bale as Urban Meyer
Holly recommended this one, and while I would love to cast Robert "T-1000" Patrick in this role, Holly's right that there is a definite resemblance between Meyer and the guy from that other "Terminator" movie. 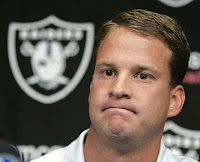 Seth Rogen as Lane Kiffin
In the TV series "Freaks and Geeks," Rogen played a class clown who was always trying to be the center of attention; in "Observe and Report," he played a disturbed individual who had delusions of grandeur far above his meager station in life. Is there anyone on the planet, then, better suited to play Kiffykins? I think not, and that's before we even get to the physical resemblance. 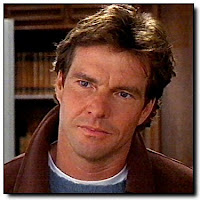 Dennis Quaid as Mark Richt
The physical resemblance is kind of meh, but Quaid has the right sort of freshly-scrubbed, All-American good-guy look to play Richt. (But he did play a sleazy drug-lord lawyer in "Traffic," so he's got enough inner villainy to order a team-wide end-zone celebration if it comes to that.) 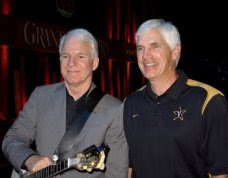 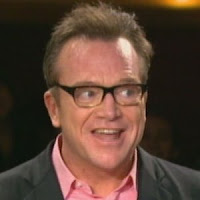 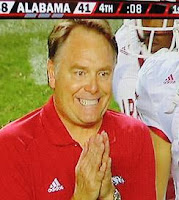 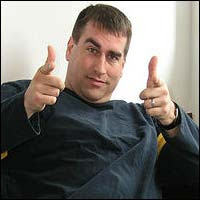 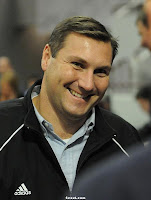 Rob Riggle as Dan Mullen
For State fans' sake, I hope Mullen is even half as funny as Riggle; I dug deep into the MSU roster for a preview article I was writing for the 2009 edition of Roll Bama Roll's preseason publication, and trust me, the folks in Starkville are gonna need something to make them smile this season.

Dylan Baker as Bobby Petrino
Plenty of disagreement here: Holly says Kevin Spacey is too oily to play Petrino, while I think oily is exactly what the character calls for. So we'll go with Baker instead, who played a corrupt accountant in "The Road to Perdition" and a bank-fraud-committing "fixer" in "Changing Lanes," and is thus plenty capable of playing a sleaze.

Philip Baker Hall as Rich Brooks
Hall is a little old to play Brooks, but I think he'd be curmudgeonly enough. (Still, Holly had another good stunt-casting idea: Mel Brooks as Rich Brooks?)

Gary Cole as Gene Chizik
This one was hard, too, because there were just so many people who resembled Chizik to some degree. In the end, though, I decided there had to be a little bit of Bill Lumbergh in Auburn's new coach. I just know it. I can't tell you how I know; I just do.

(Got any better ideas? By all means, let me hear 'em.)
Posted by Astronaut Mike Dexter at 7:40 AM

This makes me so happy.

I'd pay a gajillion dollars to see that movie.

I'd pay a gajillion just to see Philip Baker Hall find a way to work in his "I like butter in my ass and lollipops in my mouth" bit from Boogie Nights.

The Bale-as-Meyer thing is an EDSBS construct that I sadly can't take credit for, and what I said was that Spacey's not handsome enough to play Petrino. The man is not aging well.

Duh: Helen Hunt as Mark Richt. We'd have to find a way to make Hunt less masculine, though.

Urban Meyer should be played by a wad of used toilet paper, to mirror the charm.

How about Norm MacDonald playing Bert Reynolds playing Steve Spurrier? I mean, since it's the Gamecock-era Spurrier and all.

And you need Mel Brooks to play Lee Corso, so he can't be Rich Brooks, too.

This is excellent, by the way.

Because that's when the games are.

Generally plays the good guy (think Summer School), but he once played Ted Bundy. So there's some evil back there if you need it.

alright this post just about slayed me... someone needs to put together a screen play. Between Holly, Orson and Doug you guys hsould eb able to pull this off and then pitch it to hollywood. The only question is does it make sense to do a screen play revoling aroudn the last three years of SEC football or do you focus on just one year? Also you would need to get someone to play Tressel and and someone else to play Stoops.

Patrick is actually my pick for Meyer, even over Bale. Meyer and Patrick both have the slightly unnerving flat-back-of-the-head thing going on and stylistically, Meyer is really close to the John Doggett character that Patrick already played on the X-Files. Just without the accent, of course.

Ray Wise from Twin Peaks/Reaper should play Saban. They look a lot alike--plus, who better to play Saban than a man currently portraying Satan?