The Friday Random Ten+5 gets its mourn on.

So Michael Jackson has died, and we're knee-deep in wall-to-wall media coverage that isn't as intense as 9/11 (so there, Ocho Cinco) but is every bit as intense, if not more so, than Princess Diana's 12 years ago. Honestly, I can say I was never that big a Michael Jackson fan; I think it goes back to when the "Thriller" video was released in 1983 and that final scene, where Jackson looks back at the camera with those glowing yellow wolf-eyes, frightened me about as much as anything I can remember from my childhood and scared me off of the King of Pop for quite a while. (Seriously, I was only six at that point and I was probably sleeping with the lights on for a solid week after that. Agghhh, that shit still scares the living crap out of me!)

So anyway, I'm not going to be one of those folks camped out in front of the hospital or in front of his mansion in L.A., not that I've ever been the type to get so worked up over a celebrity's death to do that anyway. But that doesn't make Jackson's death any less sudden or sad, and I'm certainly not above being affected by the death of a celebrity to some extent. And that's the subject of this week's +5: the Five Celebrities Whose Deaths I Took The Hardest.

Phil Hartman (1998)
Easily my favorite "Saturday Night Live" cast member of all time. In fact, I can't remember a single thing I've ever seen him in where he wasn't funny, whether it was any of his numerous "SNL" sketches, "NewsRadio," his voice-acting on "The Simpsons," his cameo as "Vicky" the tour guide in "So I Married an Axe Murderer," or anything else. And the thing was, he didn't go the coke-binge-and-numerous-unsavory-sexual-partners route that so many really popular comedians seem to go down; by all reports he was a faithful husband and a good dad. So that made it only that much more shocking when his wife (who apparently was drug-crazed) shot him and then committed suicide in the spring of '98. I'm convinced that if Hartman were still alive today he'd be hailed as one of the best comic actors on the planet, and maybe he'd have a recurring role on "30 Rock" or something. 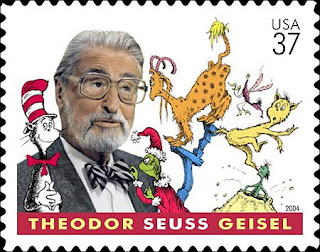 Theodore "Dr. Seuss" Geisel (1991)
I don't think it's an exaggeration to say that Dr. Seuss is still my favorite writer of all time. I've still got bunches of his books proudly displayed on my bookshelf, and he saved my ass when I was taking the AP English exam during my senior year of high school, when the open-ended question was something like "Choose a book that deals with the topic of discrimination in society and how that book's depiction of a certain type of bigotry added to its message." Obviously we'd read a ton of books that year that would've worked for that question, but we'd covered the various eras of English lit in chronological order, which meant that the most recent material -- and therefore the stuff I remembered the best -- was postmodernist stuff that I couldn't make heads or tails of (while the older stuff I'd understood better was too far back in my memory to be able to pick out specific details). So I went for what NFL draftniks would call "a reach": I picked out Dr. Seuss's 1961 story "The Sneetches." I wrote the hell out of that essay, and you know what? I got a 5 on the test and got to exempt out of all the freshman-comp classes in college. Thank you, Dr. Seuss, for being a brilliant writer whom even doctorate-level literature scholars apparently have to respect. 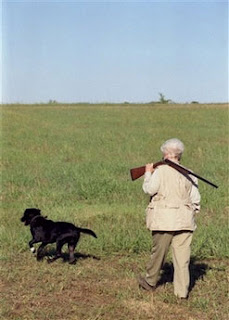 Ann Richards (2006)
I've liked or agreed with plenty of politicians and elected officials; rarely, though, have I been naïve enough to admire any of them. But Ann Richards, former governor of Texas, was a major exception. She was unashamed of her liberalism on a number of issues and unafraid to call out people whom she thought were full of bullshit no matter where they sat on the political spectrum. And she was one of the last of an era in which certain Democratic politicians could actually be described as "badasses." Hopefully that era is on its way back, but either way, we could still use someone like Ann Richards right about now.

Optimus Prime (1986)
OK, yeah, Optimus Prime is a fictional character. But Transformers and Legos regularly traded the titles of my favorite and second-favorite toy when I was a child, and the "Transformers" TV cartoon was must-see after-school viewing all through elementary school, so when Prime finally bit the bucket in the feature-length animated film of '86, that was a biiiig, big deal. This Slate article explains it pretty well: As much violence as there was in the action cartoon series of my childhood, nobody ever actually died. But not only did Optimus Prime die in the movie (and not come back), he was gone from the subsequent season of the cartoon show, and didn't return until the three-episode "Rebirth" arc from the fourth and final season in 1987. Man, that show was a lot harder-core than I realized. 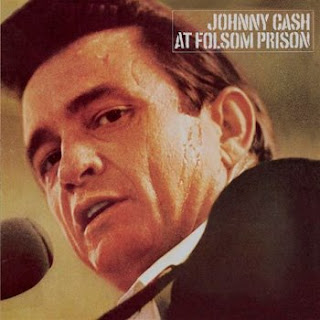 Johnny Cash (2003)
I can count on the fingers of one hand the number of country musicians I've ever actually liked (and probably still have enough fingers left over to do this). But I love Johnny Cash. And his death, less than four months after the passing of his wife June, was one of the saddest and somehow most romantic deaths of any popular musician that I can recall. He and Nanci Griffith are probably still the only two country artists whom I've deemed worthy of having entire albums' worth of material on my iPod.

Speaking of which, here's the Ten:

Your turn, folks -- the celebrity deaths that had the biggest effect on you (Michael Jackson's is eligible, by the way) and your Random Tens go in the comments.
Posted by Astronaut Mike Dexter at 9:53 AM

Easily Jim Henson's. Some network did a montage of his work with "Rainbow Connection" playing over it, and I was a blubbering mess.

I wasn't the most masculine 14-year-old.

Heath Ledger's death affected me much more AFTER The Dark Knight, when I was reminded of the future performances we lost.

celebrity Deaths:
1) Elvis Presley - I was only 9, but my family is from Memphis. My father is a huge fan to this day and my mom went to 1 of his rollar skating parties with the son of the guy who sold him the pink cadillacs.
2) Lynrd Skynrd - we lived in Jackson, MS when the plane crashed
3)Michael Hutchence/INXS - loved Shaboo Shabaa
4)Heath Ledger - so unexpected
5)John Candy

Hartman doing Unfrozen Caveman Lawyer was a lot funnier than people gave it credit for. And now, our only link to that is Johnny Damon.

I luvs to laugh

1. David Foster Wallace (ok, maybe not a true celebrity, but at least 1,000 people he'd never met had heard of him and TIME ran an obit. But he's the reason I got into contempoary fiction, wildly influenced the last two semesters of columns I did for the Red & Black, and helped plant the crazy idea for a novel in my head.)
2. Jim Henson
3. George Carlin
4. Heath Ledger (both for its unexpected nature, and realizing we were almost the exact same age.)
5. Dimebag Darrel (shot on fucking stage...and probably the best writer of guitar riffs outside of Jimmy Page.)

I can't think of one - celebrity death that is. Not because I'm so cool and detached and ironic, I just haven't the energy. The only instance that stands out in the mind was trying not to roll my eyes while on a bus transfer from Heathrow to Gatwick on the day of Princess Diana's funeral - the BBC's radio coverage was so aggressively maudlin as to seem like parody.

Phil Hartman- Hilarious, loved his works, just a brilliant comedian
David Foster Wallace- He gave the commencement address at my college when I was a soph., truly a phenomenal speech, and a great author
Walter Payton
Payne Stewart
Paul Newman

Phil Hartman was the first celebrity death that ever actually affected me in a personal way. I remember hearing about it and feeling a real sense of loss. It was very confusing. Only Johnny Cash has affected me in that way sense.

1. Derrick Thomas - He was my favorite KC Chief growing up.
2. Townes Van Zandt - Great songwriter, extreme alcoholic.
3. Bill Hicks - So caustic and perceptive. I would have loved to hear his take on dubya.
4. Alexander Hamilton - He fired his pistol in the air! Then that dick Aaron Burr shot him down.
5. Wash - His sudden impalement in "Serenity" was a crying shame.

I was 12 when JFK was assassinated. It's hard to say what kind of President he would actually have been, but at the time, I thought the world would end.

Oh, and Johnny Cash was spot on. He may be the only thing that my father and I ever agreed about.

Lewis Grizzard. I was at the intersection of Whispering Pines and Slappey Dr. in Albenny, GA when the radio announced his death. The only non-family member I've ever cried about.

Johnny Cash. What a poet. I'll feel worse when Willie Nelson kicks it.

Sam Kinison. The hardest I've ever laughed at any stand-up...used to give the tape to my friends and laugh at them laughing at it. Dog Psychiatry.

Ronald Reagan. I was a screwed-up kid after seeing "The Day After" through a cracked door. Peace through strength, trust but verify, baby.

Thurmon Munson. The first celebrity death I remember...my granddad was a big Yankees fan and he took it pretty hard.

Also, Barbaro. I know, he's a horse, not a celebrity...but I was sad when they finally had to put him down.

Oh man, I cried so hard when Optimus Prime died that my mom took me home and I didn't see the end of Transformers the movie until it came out on video. For a really young child that movie was pretty brutal. I mean they killed almost ALL the original Autobots (other than Jazz and Bumblebee) in like the first 10 mins of the movie.