The Friday Random Ten+5 is all about making learning fun. Or at least tolerable.

A few years ago I was visiting my friend Kristen up in the D.C. area, and we were taking one last blitz through the Smithsonian before I had to run to National Airport and get on a plane. And we got to talking: If we came into an inconceivable sum of money, enough to endow a whole network of museums in a major city, what would those museums be? The Smithsonian covers a lot of territory -- honestly, once you get past American history, natural history, art, and planes and rockets, you kind of have to get down into some very specific categories to come up with something new. But I think I've got five ideas that would provide the nucleus of a museum system that would bring joy and knowledge to people around the world. This week's +5 is Five Museums That Would Make Up The Dougsonian Institution: 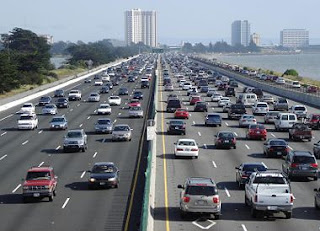 The Museum of the Interstate Highway System
I know that not necessarily everyone finds the Interstate system as fascinating as I do, but I think it's amazing how Eisenhower just up and said "Hey, let's build tens of thousands of miles of big wide roads all over the place" and bam, they started growing. This museum would have exhibits on road construction and how the government decides to build roads where they do, with special information on sections of Interstate built over and through mountains, over large bodies of water, and even under the ocean. And one big room would be devoted to an interactive map of the nation's most lucrative speed traps. See, you're going to learn important information here.
Temporary exhibit: From MacArthur Maze to Spaghetti Junction: America's Great Interchanges 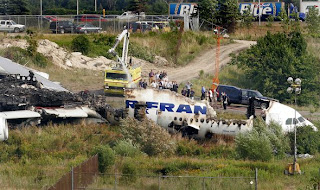 The National Air Disaster Museum
Whenever I go to Washington, no matter how packed my schedule is, I always carve out a little time to wander through the National Air & Space Museum. I loved airplanes as a kid; my dad used to take me there all the time. But the one thing it doesn't have a lot about is airplane crashes. This museum would feature artifacts of some of the biggest and most famous plane crashes of the past 50 years or so -- this section of Delta flight 191 would make a nice centerpiece for the exhibit hall, if we could get our hands on it -- as well as an interactive feature where you and a group of friends could pick seats on a number of different doomed flights and then find out whether you would've survived or not. Morbid fun for the whole family!
Temporary exhibit: Aeroblotto: Alcohol-Related Crashes of the Post-Soviet Era 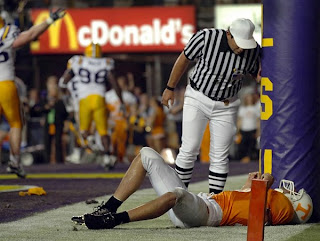 The National Gallery of Football Bloopers
As much as the Smithsonian Institution contains, it doesn't have a whole lot on sports, except for I guess one small section of the Museum of American History. This museum would be devoted to football, but not the great historic plays and players of the game, since we've already got multiple halls of fame for that. Nope, this museum would display the great fumbles, pick-sixes, missed blocks, blown calls, disastrous trick plays, and general brain farts in football history at the pro, college, and high-school levels. (And what the hell, the CFL and arena leagues too.) Plenty of hands-on opportunities here, including interactive features such as Which Detroit Lion Is Going To Blow This Play? and Can You Return A Jarrett Lee Interception For A Touchdown?
Temporary exhibit: "It's Just a Game, Dawg": A Reggie Ball Retrospective, 2003-2007 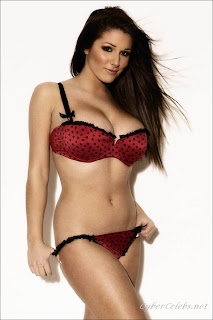 The National Library of Lingerie
I'm just going to come out and say it: Women's underwear fascinates me. For the obvious reasons, of course, but also on its own merits; there are just so many different kinds, styles, sizes, colors, and materials that someone needs to open a museum to contain it all. This institution would be a wellspring of knowledge on all the different types of lingerie and why they're different (how is a thong different from a G-string? you won't know until you go!), along with a detailed history of lingerie showing just how much smaller everything is than it used to be. There would also be a huge interactive exhibit on bra sizes and how, for example, a 32F cup holds the same volume as a 36D (it would be hands-on, of course). Everything you always wanted to know about undies but were afraid to ask.
Temporary exhibit: Lift and Separate: The Physics of the Push-Up 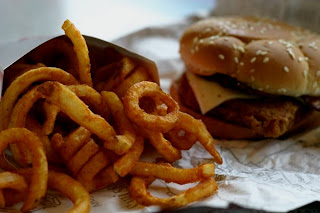 The American Institute of Fast-Food Innovation
Confession #2: I'm a sucker for new frontiers in fast-food. I was all over the McRib and the P'Zone; I even liked the McDonald's Pizza when that product had its very short trial run back in the early 1990s. You put some new cheese or topping on a plain old burger and I'll eventually succumb to temptation and go out and try one. This museum would have a big exhibit hall centering around that ongoing cheeseburger arms race, in which fast-food joints constantly try to outdo each other with bigger, sloppier, and more artery-clogging burgers, but it'd also have exhibits on obscure regional and seasonal offerings through history, such as the McLobster (yes, some McDonald's still sell lobster rolls at certain times of year in New England and the Canadian maritimes). And the museum would be connected to an international laboratory funded to research and create the fast-food advances of tomorrow.
Temporary exhibit: The World's Longest Curly Fries

Now it's your turn. Your Random Tens and/or brilliant museum concepts in the comments thread, if you please.
Posted by Astronaut Mike Dexter at 8:37 AM

you wanna see a cool site about the interstate road system?:

I'll be funding a museum dedicated to all the movies and television shows made for children back when it was considered all right to scare the hell out of kids. No way does Grinch Night get made today.

All of your proposals would be better than the snoozer National Museum of the American Indian. I don't remember which I suggested, but if I had to throw a couple on the mall right now they'd be:

-THE NATIONAL PROM GALLERY:
Inspired by the AJC's train-wreck photo galleries, a look at prom fashions and coiffure through the ages. (Hint: they started out bad and haven't gotten any better, despite what you'd imagine would be advances in tanning bed and fake-French-manicure technology).

-THE GAYSEUM:
I know you're thinking this one would be all about fab fashion and design and the struggle for equality, but no. The Gayseum would be so much more. Sure, there'd be a rooftop bar and exhibits on gay style icons, but mostly it would be a historical look at how gay everyone was back in the day. George Washington? Gay. Buffalo Bill? Probably gay. A museum devoted to outing people who have been dead for centuries.

Hell yes, Holly. Grinch Night was awesome. I'd throw in a "Great Cartoons of the '90s" museum (there is no such thing as a better kids' show than Animaniacs).

Doug: The Lions would probably need at least two full wings in the blooper museum. If there's a way to screw up that they haven't found yet, it's only a matter of time. (Particularly fond of the Orlovsky untouched run out the back of the end zone, in a game the Lions would eventually lose by 2.)

Lamest museum in existence: the Museum of Westward Expansion (under the Gateway Arch). In junior high, the band director took us on a spring break road trip to Chicago and St. Louis, and there were way too many museums scheduled on the trip. The science museums were pretty cool, but by the time we got to the Arch our group took one look inside and said "screw that, we're playing football under the Arch instead".

Kristen wins. I would buy expensive branded merchandise from both of those.

The McLobster? It's real? I've heard rumors in the wind. Now that I'm a yankee, I should try and get my hands on one

I'm 3rding that Kristen... Had some horrible after prom-ers come in earlier...

The National Comic Book Museum, to satisfy my nerdsense.

The National Armageddon Museum exploring the various groups who threatened/promised the end of the world was imminent and the various colorful was humanity was supposed to/will meet its doom.

There also needs to be a real Neon Museum. The one in L.A. is a joke and Las Vegas doesn't take its outdoor exhibit seriously. Neon signs, especially the mammoth constructions for Sin City's casinos, are art and should be appreciated as such.