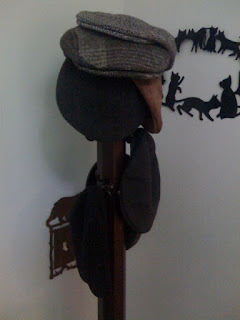 This probably isn't going to be any more fun for you to read than it was for me to write, and I'll tell you right now that there's nothing to be learned here, no greater life lesson that you can actually apply in your daily life, but all that said:

My granddad, Richard Clark Gillett Sr., had a fairly well-to-do upbringing in the Northeast; joined the Navy and came close to losing a leg, or perhaps more than that, hooking airplanes up to catapults on the deck of the USS Boxer; came home and attended two of the best universities in the country; assembled a distinguished career first in the federal government and later in the private sector; and raised five brilliant, highly accomplished children, the oldest of whom was my dad.

Sometime on Thursday, Granddad slipped while taking a walk and hit his head on a rock. He was unresponsive when they brought him to the hospital, life support was removed Thursday evening, and he died Friday morning.

I'd get pissed about it if I thought there was any point, but there's something that really seems unjust and undignified about a man with that kind of life résumé going out that way. Granddad deserved better than to have all those accomplishments culminate in Alzheimer's, slip, hit head on rock, die. Remember the part in "Grosse Pointe Blank" -- 'cause everything comes back to that movie, obviously -- where John Cusack's secretary tells him "We all have to go sometime, sir, but we can choose when," and he shoots back, "Nobody chooses when"? I think a more appropriate way of phrasing that would be to say nobody chooses how. That, I guess, would be the closest thing to a meaningful lesson that I've brought out of all this, but it doesn't add up to much.

In Granddad's case, the Alzheimer's diagnosis he got a few years back was a particularly cruel one, because in his family -- both the generations that came before him and, arguably, the generations that came after -- your mind, your intellect, were always the most important thing. Looks didn't matter, money didn't even matter that much except as an expression of how smart you were and how much you'd been able to profit from it. Granddad's dad was an executive at some fairly high level in the General Electric hierarchy, and he'd spun his electrical-engineering expertise into dozens of patents; Granddad attended the best schools and read everything he could get his hands on, all the better to display some mastery of history or art or politics or whatever the topic of conversation happened to be; all five of his kids went on to excellent colleges and have forged professional careers that anyone would be lucky to have. That ability to use one's mind, more than anything else, was what Granddad prized, and that, more than anything else, was what was taken away from him the last few years of his life.

I've never spent that much time or energy being afraid of dying, but the last few days brought home to me just how afraid I am of everything that leads up to that. I'm afraid of losing my ability to think clearly. I'm afraid of losing my ability to see or hear. I'm afraid of not being able to drive, of needing someone to help me around. I'm afraid of losing control of my bladder or my bowels. I'm even afraid of the silly, superficial shit, like starting to sag, or getting a spare tire, or being less attractive to women, or having women my own age become less attractive to me. The sheer inevitability of death means there's little point in getting worked up about it, but the stuff leading up to it, well, that's a crapshoot, and if a guy like my grandfather can get laid low the way he did, how can I be sure of the way I'm going to go out?

I guess the best that I, or that any of us, can hope for is that we'll be remembered not for the way we died but for the way we lived, and maybe that's the positive that Granddad's legacy will take away from all this. And it doesn't have to be anything big -- maybe it's just a story about the Fiat 1200 roadster he drove way back when, or marveling at the collection of derby caps he'd amassed on the hat rack just inside the front door. Or maybe it's the fact that his favorite waitress at the Denny's in Keyser, West Virginia, remembered him when a dozen of us trudged in for breakfast on Sunday morning and that when one of my aunts said "Bring me what my dad always had," she knew exactly what it was.

Granddad deserved better than to go out the way he did, and just because there's nothing I can do about it doesn't mean I'm not going to be frustrated about that for a long time. But maybe it's up to us to make sure that our memories are the place where he gets what he truly earned.

ADDED: Baby sis, as has become typical, puts me to shame. (Someday you're all going to figure out that she's much smarter and a way better writer than I am, at which point this blog will probably fade, as Mike Tyson once so eloquently said, into Bolivian. But until then . . . )
Posted by Astronaut Mike Dexter at 8:51 AM

Email ThisBlogThis!Share to TwitterShare to FacebookShare to Pinterest
Labels: my sordid personal affairs

Thoughts and prayers to your family Doug. My grandmother died of complications from Alzheimer's two months ago, and I know exactly how you feel, as she was one of the sharpest and wittiest humans I've ever had the priviledge to know. Even she fought to the bitter end (12 years) but it seemed tragic for someone who could have legitimately dedicated her life to being a stand-up comedian.

I personally try not to think about any legacy I might leave, because I think that hinders your ability to live for yourself in the moment. But from what it sounds, your grandfather seemed to have taught his offspring the true values in life. That, for what it's worth, is one hell of a legacy.

Condolences -- wish I could have met him.

I'm so sorry for your loss and will include you and your family in my prayers.

A few years ago, one week after my Mammy was diagnosed with Alzheimer's, my sister and I made a trip to Connecticut for what we knew would be our last visit with her that she would know who we were. She told us stories of my father's childhood... it was a wonderful visit. On the drive home I started thinking about all of the same things that you have mentioned here. That after all of her accomplishments, she would likely die in a most undignified way... it wasn't sitting well at the time. She's still with us, but (as I had feared) she no longer knows any of us; not her seven children, let alone her twenty-three grandchildren (sixty-some-odd if you count the great grandchildren. Wow, I never thought about that!) You have inspired me to book a plane ticket today for another visit. She will be 97 years old soon.

I used to be afraid of the aging process. Not to get all spiritual here, but Buddhism has taught me to live in the moment, not worry about that which I have no control over, seize control of that which I can. I'm a much happier person. There's much to be learned on the subject from your own faith as well. You'll find your own way to come to terms with these things. Your awareness of self is the foundation so you're off to a good start. Thank you for the inspiration today. Peace.

Sorry for your loss, Doug.

My thoughts are with you, Doug. I lost my father suddenly and in a less than fitting way -- if there is such a thing -- for the way he lived his life. The good memories of his life eventually outweigh the sadness of his death.

You and your fam are in my thoughts and prayers, Doug. May you find peace and comfort in the coming days.

My condolences as well. Sounds eerily similar to what happened with my grandpa a year and a half ago.

Perhaps this is totally inappropriate, but here's something to take your mind off of things. I dunno.

My condolences, Doug. My grandfather was a great man who died when I was 11 years old. Please feel fortunate to have had your grandfathers company for as long as you did.

Words cannot express the sorrow I feel for you and your families loss. Stay close to them and know you are all in our prayers.

Jennifer and I are saddened by Uncle Dick's passing. He was a wonderful, big hearted guy whose affable presence will be greatly missed by all who knew him.
Kindest Regards,
Tom

Doug. So sorry to hear about this. He sounds like one helluva guy. Wish we all could have met him.

My thoughts and prayers are with you. I'm so sorry.

My condolences Doug. My Grandfather too has been batteling Alzheimer's and is going through all the strippings of his mental and physical faculties. We were recently told that we don't have that much longer with him. We don't know when, but we know it will be soon. I am extreemly appreciative to have had this much time wiht him and will remember all the great times we've had.
m

I'm sorry to hear it, Doug. There's something particularly rotten about someone with a keen mind falling prey to Alzheimers.