The Friday Random Ten+5 gets wistful. Or maybe just pathetic.

The other day Orson Swindle announced that he'd gotten an advance copy of Phil Steele's legendary preseason college-football publication, that lucky rat bastard (except for the whole, you know, breaking your back and ending up immobilized for weeks thing). Between the imminent release of the annual Steele opus and the preseason top 25s that have started popping up on various Web sites over the past few weeks, I've really been reminded just how much I'm starting to miss football. It was acute enough when we still at least had the distractions of National Signing Day, spring games, or the NFL draft to distract us; at this point we've basically got three more months of nothin'. And it hurts.

But that's just one of the things I've been missing lately. There are plenty of other things I've found myself pining for, or at least wishing they'd pop up again, and thus this week's +5 is Five People, Places, And/Or Things I've Been Missing Lately: 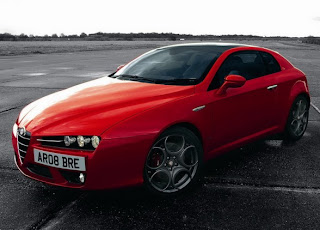 Alfa Romeo
Originally, this Italian car company, which had stopped selling in the U.S. in 1995, was supposed to return to the American market in 2007. Then it was 2008, then 2009. And now that the economy has gone in the crapper and the auto industry is on life support, it looks like they've pushed the date back to 2011. That may actually be a good thing, since it'll probably take at least that long for me to pay off the rest of my credit-card debt, but once I get that off my permanent record I want to be able to buy a Brera (above) or, barring that, a 159, particularly the station-wagon version. Speaking of which, I miss station wagons. 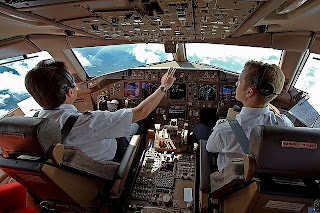 Getting to visit the cockpit
I can remember flying on Piedmont Airlines as a little kid and getting to go up and say hello to the pilots (and no, none of them ever asked me if I liked movies about gladiators or had seen a grown man naked), and then getting my "pilot wings" pinned on me by a flight attendant. Post-9/11, of course, you practically need security clearance to get anywhere near the cockpit, and I'm kind of bummed my kids are never going to be able to have that experience. And at the risk of sinking into "What's the deal with airline food?" humor, I also miss decent snacks on airplanes. I can remember when Piedmont would give you a bag of smokehouse almonds even on a short hop over the Smokies; then airlines throttled back to honey-roasted peanuts, then regular peanuts, and now you're lucky if the flight attendants fire a bag of goldfish at you with one of those compressed-air guns they use to launch T-shirts at people at basketball games. And why don't they just make the whole airplane out of the black box?!? OK, I'm done now. 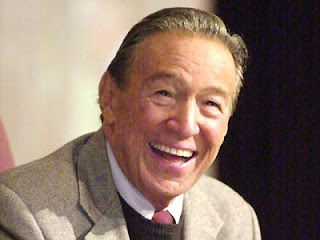 Mike Wallace
Wallace is/was the standard-bearer for a dying breed of journalist: the investigative reporter/interviewer who wasn't afraid to be a complete asshole. Once upon a time, interviewers were less concerned with currying favor and being best buds with their sources/interviewees than they were with actually asking tough questions and getting relevant information, and when you sat down across from Wallace, you knew you were going to get some shots across the bow (or maybe right into your gut). Who has that kind of balls these days? Hardly anybody on the Sunday-morning talk shows, that's for sure, and not even Wallace's own son, Chris, who is a dead ringer for Dr. Leo Spaceman but has yet to do anything else to distinguish himself.

Punk rock
Watched the movie "24 Hour Party People" the other night, about Factory Records and the Madchester music scene of the 1980s, and it was awesome. And it reminded me how much I miss good music in general, but also punk rock in particular. And I'm not talking about bullshit pseudo-punk like Fall Out Boy, or even goofball pop-punk like Blink-182, I'm talking about genuine, angry, garagey punk like the Clash or the Sex Pistols or the Buzzcocks (above) or Iggy Pop. I mean, the economy's in the shitter and nobody can find a job, which was a defining theme in a lot of the British punk of the late '70s, and just like the people in that period, we're coming off a long stretch in which pop music has sucked out loud and desperately needs someone to rebel against it. Somebody give me an oi. 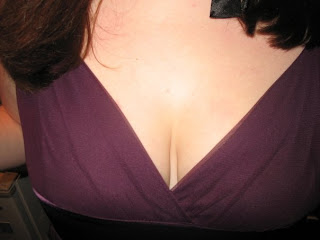 Boobs
Yeah, it's been a while.

Your turn, punks. Random Tens and lists of stuff you've been missing lately go in the comments.
Posted by Astronaut Mike Dexter at 7:39 AM

You should give the Thermals' "The Body, The Blood, the Machine" a shot. It's not exactly Sex Pistols/Buzzcocks, but it's punk, and it's angry, and it has some sweet lyrics and kick-ass hooks. Highly recommended.

There are still a few good punk bands floating around out there (The Queers, Lagwagon, etc.) but I feel your pain.

Also, while it's WAY mainstream and more anthem rock than punk, the new Green Day album certainly has a lot of punk heart. It's worth a listen.

I just wanted to say I had a VERY decent airplane snack last weekend. It was a, um, black box containing a small bag of beef jerky, a pouch of dried fruit and almonds, spready cheese and fancy crackers, and a small Kit Kat. Continental. Who'da thought!

I used to take the jetBlue flight from Austin to New York about once a month and, particularly given the plush new jetBlue terminal at JFK, the experience rights every wrong with air travel. Great snacks, you have DirecTV at every seat, and the staff are friendly (yes, even the New York crew).

Regarding punk, I go round and around on this topic. The douchey, mascara'd bands today who are trying punk on as a fashion seem to be proving the point that punk might just be period music, like Bakersfield Country or Rockabilly. That said, I still think the platform of three minutes, three chords and a shotgun blast of angry energy is broad enough that someone could figure out a way to innovate off of it. I was thinking the Hold Steady might take that mantle, but their last album was a bit bloated for the medium.

And Mike Wallace ... our nation turns its lonely eyes to you. Daily newspapers might be an antiquated business model, but it doesn't help that most of the people writing for them don't have a single grain of Wallace's considerable stones.

I'm a flight attendant for the other Atlanta airline, and we (and most other airlines, if you ask) will let kids, and occasionally adults, step into the flight deck to say hello and look around during boarding or deplaning.

I'd go off on a tangent about my terribly interesting views about why punk in the US is essentially a middle class phenomenon and that's why Fall Out Boy was inevitable, sort of the same progression from Jerry Lee Lewis to Billy Joel. But have mercy, it's a Friday.

So instead I will heartily endorse your choice of car and freely admit that I may have done something like "squee!" over this limited edition variant in the UK.

I saw the Buzzcocks at a small club in Chicago a few years ago. They were fucking dynamite (if a bit hefty). Times New Viking and Titus Andronicus are more recent bands worth checking out. More garage than punk, but both are good. Also, check out Boris who is probably a complete joke, but they're from Japan and halfway between speed metal and punk. A winning combo.

24 Hour Party People made me actually start to like Joy Division, whom I had previously hated with a fiery passion. Love that movie.

I just have a feeling that somewhere out there, some snot-nosed little shits with instruments who can't get jobs because of this shithole economy are getting ready to put out some raw, pissed-off cup of kerosene.

Being poor is excellent for music and art. By which logic, I guess the best stuff should be coming out of the Rez.