The Friday Random Ten+5 has come here to kick ass and chew bubble gum, and is all out of bubble gum.

In a Random Ten+5 I did a few weeks ago, outlining a few of the museums I might include in a new Smithsonian Institution, I left out something that this country could actually really use: a Badass Hall of Fame. Just a big salute to badass people, places, and things that might not get their due props somewhere else. The qualifications for induction into such a hall would not be real formal, of course; you could make all kinds of rules if you wanted to, but my only qualification for inclusion would be that, upon seeing or reading about a prospective inductee, the average American person would be inclined to say, "Boy, I'm definitely not fucking with that guy/girl/fictional character/animal/vehicle/weapon/
natural disaster/alcoholic beverage/ethnic group/etc." Obviously we're treading into some very subjective territory here, but I'd like to think the Badass Hall of Fame would be a place of reverence where we can celebrate the few people, animals, objects, etc. that are recognized, almost universally, as being really fucking intimidating.

Sound good? Then I'll get things started. This week's +5 is my 2009 Class of the Badass Hall of Fame -- this is in no way meant to imply that these are the most badass people, places, or things out there, of course, but once you've enshrined the Steve McQueens, B-52 Stratofortresses, and Gen. George Pattons of the world, you need to start thinking outside the box a little and shed some light on lesser-celebrated badasses whose badassedness could stand to be talked up a little bit more. So here are some ideas: 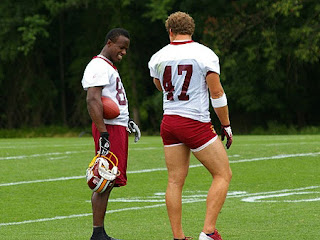 Chris Cooley
Obviously I'm biased here, since he's a Washington Redskin coming off two straight Pro Bowl appearances. But here's the thing: Any athlete can be a badass for what they do on the field of play. In fact, it's kind of what they're paid to do. But what really elevates Cooley to hall-of-fame badass status is what he's done off the field. He got engaged to a Redskins cheerleader two years ago, and to celebrate her 21st birthday, he and his future father-in-law did 21 shots of Jim Beam -- apiece -- in her honor. The following spring, the three of them and his fiancee's aunt and uncle all had a "family outing" at a strip club called Vixens in West Virginia and got the strippers to dance to "Hail to the Redskins." (Actually, Cooley's in-laws might deserve an honorable-mention spot on this list.) And in addition to all that, Cooley has the courage to wear his now-infamous ridiculously short shorts on the practice field. Why? Because he's 6'3" and 255 pounds and could snap you in half, so who's gonna say anything to him, that's why. For his football skills, hot wife, and supernatural alcohol tolerance, Cooley gets into the Badass Hall of Fame on the first ballot. 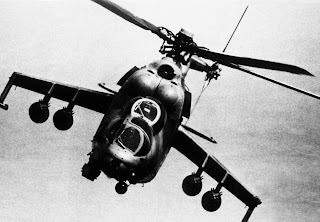 Mil Mi-24/25/35 "Hind"
The biggest, ugliest, most heavily armed attack helicopter on the market. Can easily travel at a cruising speed of more than 200 miles an hour while carrying this laundry list of weapons configurations; Soviet pilots nicknamed it the "flying tank." The difference between the Hind and a helicopter like, say, the American AH-64 Apache is that the Hind can also carry eight fully armed and equipped troops. So once the helicopter is done laying waste to buildings and tanks and whatnot in its target area, it can land and let the troops off to go mop up whatever's left. Basically, it's not the kind of helicopter you want to meet in a dark alley. When I hit the Mega Millions jackpot I'm going to buy a surplus airframe from the Red Army and pimp out the troop cabin with leather couches and a wet bar. And probably a plasma TV. 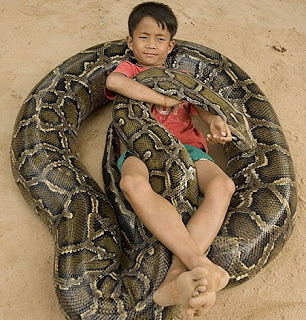 Burmese python
I happened to catch the History Channel's "Life After People" earlier this week, and they did an episode about how "invasive species" artificially introduced into new, non-native environments would proliferate and take over without human beings there to control their growth. Apparently, the Burmese python is poised to start wrecking shop in the swamps of south Florida, where they entered the water supply after people purchased them as exotic pets but were unable to take care of them (specifically, unable to keep up with their ravenous appetites). The python is even setting up to challenge the supremacy of the American alligator down there, and here's proof: A few years ago, a 13-foot Burmese swallowed a six-foot alligator whole. And 13 feet isn't anywhere near as big as these snakes get; there's a 27-footer at a safari park in Illinois that weighs more than 400 pounds (or 1.57 Chris Cooleys). Now that I think about it, that kid in the picture might deserve a spot in the Badass Hall of Fame, too. 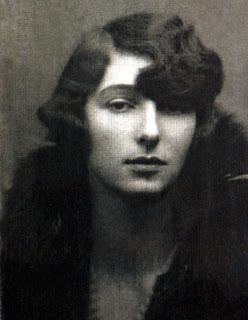 Krystyna Skarbek
A native of Poland and former beauty queen who escaped to the West shortly after the German invasion in 1939 and became one of the first agents of the UK's Special Operations Executive. Later served behind enemy lines in occupied France bringing supplies to Allied forces and resistance groups; when three fellow agents were arrested in southern France just before the Allied invasion, she met with a Gestapo officer and basically threatened him with severe retribution from British forces if the prisoners weren't released. I can't imagine very many things more satisfying than that: Here's a member of the army that overran your homeland and murdered millions of your countrymen, and he ends up completely bitchmade after you've intimidated him into releasing his prisoners. After the war, she had a relationship with Ian Fleming, who supposedly modeled the characters of Vesper Lynd and Tatiana Romanova after her. 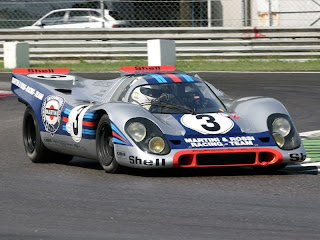 Porsche 917
Its association with Steve McQueen himself (in the 1971 film "Le Mans") is badass credential enough, but that was just the beginning. The 917 packed as much as 1,580 horsepower and could go from 0 to 60 in under two seconds; with a top speed of more than 260 miles per hour, it crushed its Can-Am competition on the racetrack, winning six of nine races in 1972 and every single championship race the following year. The 917's domination was so complete that Can-Am organizers had to introduce new rules specifically to keep it from winning everything (tellingly, the series was cancelled altogether two years later). Incidentally, the car that McQueen drove in the movie is now in the possession of Porsche enthusiast Jerry Seinfeld.

Enjoy the long weekend, folks, but first throw your own nominations for the Badass Hall of Fame (and your own Random Tens) in the comments.
Posted by Astronaut Mike Dexter at 8:32 AM

You can check it out at
http://automobiliart.blogspot.com/search/label/1969

What do you think?

Chris Cooley has always been my favorite Redskins player, and those hot pants are just all the more reason to think he's my favorite, not mention his numerous video blog posts.

Skipping for now the obvious nominees like Chuck Norris, we get to these two serious badasses:

1. Dr. Cladio Vitale. This guy was in the middle of performing brain surgery when he had a heart attack. He kept on with the surgery before seeking treatment himself. http://news.bbc.co.uk/2/hi/europe/7960768.stm

2. Craig Clasen is a free diver who fought a 12-foot tiger shark in hand-to-fin combat for TWO HOURS before he was able to stab it to death. 2 hours in the water with a pissed off tiger shark and no air tanks. Chuck Norris couldn't pull that one off. http://surf.transworld.net/2009/03/13/free-diver-kills-12-foot-tiger-shark-in-gulf-of-mexico/

1. "Desert Rain" by Iced Earth
2. "Bat Out of Hell" by Meat Loaf
3. "Running Up That Hill" by Kate Bush
4. "The Needle and the Damage Done" by Neil Young
5. "Genocide" by Hammerfall
6. "Bye Bye Beautiful" by Nightwish
7. "Don't Pay the Ferryman" by Chris DeBerg
8. "Green Grass and High Tides" by Outlaws
9. "God of Thunder" by Kiss
10. "Time Warp" from Rocky Horror Picture Show Soundtrack

The A-10 Warthog, if I'm remembering my names correctly.

and for that matter anyone willing to drive up Pikes Peak that fast.