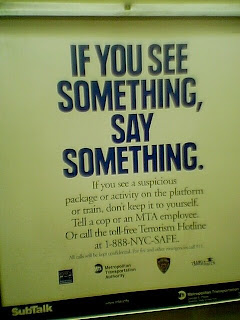 Fresh off four brilliant months of giving resolutely awful gambling advice over at Dr. Saturday's Yahoo/Rivals joint, I'm going to have a new focus in the off-season: Calling out the nation's sports columnists and pundits for being complete 'tards. Each week I'll be picking on a handful of CFB pundits for dumb predictions, facile analysis, and general rickety logic, and (hopefully) targeting one of them for "dunce of the week" honors.

Fish in a barrel, I know, and it's got to be easier than picking against the spread, but I'm still gonna need y'all's help. I mean, in theory, I could just shred a Matt Hayes column each week, but that wouldn't be fun for anyone, would it? I can maintain a pretty solid handle on the national columnists from the big networks and magazines, but it's harder to keep track of, say, all the local newspaper columnists out there (damn you, pesky day job), nor can I read nearly as many blogs as I'd like to on a daily basis. So consider the Hey Jenny Slater Dumb Punditry Tip Line open: If you read a bad idea, ridiculous prediction, or simple logic-free, ass-out-of-you-and-me-assumption from anyone on college football, whether it's a fill-in guy for the Chinstrap Valley Daily Tribune or a regular on ESPN.com, e-mail me about it, and if it's dumb enough it'll make the final cut.

No cash for tips, sadly -- your virtue will have to be its own reward -- but if you somehow manage to come up with, say, some pictures of Paul Finebaum in a dress, I might be able to pony up a couple bucks for that.
Posted by Astronaut Mike Dexter at 7:48 AM

All you gotta do is just go read Heather Dinich on ESPN. You would have so many snippets to use you'd get bored after a while.