Yep, that's right, it's salad today. No meat on a Friday. I would've called it "Tossed Salad," but then I realized one of you picklewipes would've immediately made some kind of joke about it.

· I know I'm biased on account of us having the same parents and all, but this rumination over at Practically Harmless on the illogic of faith and the absurdity of making it a requirement for public office is one of the most insightful, sensible, well-written posts I've ever read on any blog anywhere. Amd this is coming from someone who doesn't even know why he's not allowed to eat meat today, he only knows his mom told him it would make the baby Jesus cry.

· OK, so I just saw an ad for the new Dodge Avenger in which the focal point was the fact that the car has a 20-gig hard drive. So that the car can . . . be your iPod or something, if you don't already have an iPod. I guess. (I've seen similar pitches for its sister vehicle, the Chrysler Sebring.) It reminded me of the ad campaign for the Buick Lucerne that seemed to emphasize absolutely nothing other than the fact the car could heat up its windshield-washer fluid. Look, I'm sure that a 20-gig hard drive in a car might be kind of cool for some purposes that I really can't think of at the moment, and that heated washer fluid might be useful in a place like Birmingham on as many as two or three days out of the year. But are they really trying to get people to buy cars based solely on this? 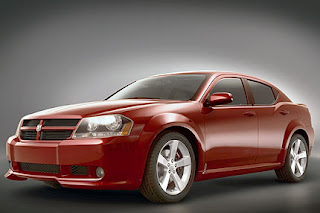 I got an idea for the American carmakers: Instead of spending all this effort coming up with hard drives and fluid heaters, howsabout you start buying your dashboard materials from someone other than Fisher-Price. Tune a suspension as if the people who drive the car actually give a rat's ass about how it takes a corner. And build a hybrid, for shit's sake! Seriously, the Honda Insight has been on sale in this country for nearly eight years now, and you guys still don't offer a hybrid passenger car?

For all the advances they've made over the awful '70s and '80s, the American car companies are still trying to sell cars like McDonald's sells burgers -- just pile as much stuff onto 'em as you can and hope that the fat, lazy, stupid public has nothing better to do than gobble 'em up. One of these days the Big Three are going to have to start building cars people actually want and not cars that people will merely settle for; then they might have something to hang their hats on other than a single wowee feature.

Or to look at it another way, do you think Mercedes-Benz has ever had to cram a hard drive into a dashboard to sell a car? Nope. They are, however, giving serious thought to unloading Chrysler entirely. But hey, I'm sure those 20-gig hard drives will turn everything right around.

· A couple months ago, a reader thanked me for this post because it introduced her to the concept of a "Sitzpinkler," the German term for a wussy male who's so whipped he sits down to pee. Those Germans, they got a good word for everything! And the other day I learned yet another excellent word to add to my collection of concise Krautisms such as "Sitzpinkler" and "Schadenfreude": "Backpfeifengesicht," which translates roughly to "a face that cries out for a fist in it." If it'll help you visualize, some prominent Backpfeifengesichte belong to Sean Hannity, Tommy Tuberville, Bill Kristol, and Jimmy Clausen. I wonder if, in some part of Germany, this might also be known as a Scheißeëssengrinsen. 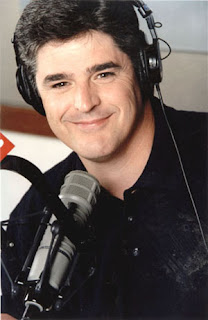 Be honest -- you'd love to put some backpfeifen in this gesicht.

· You know what? G'ahead and add Tom Brady to that list. Yes, I freely admit this is only out of burning jealousy, but be that as it may, Christ. I call it a red-letter day if the cute Japanese barista at the Starbucks on 11th so much as makes eye contact with me, but here's Tom Brady getting to inject his thrice-Super-Bowl-winning seed into pretty much any internationally renowned beauty he chooses. And I didn't win the Mega Millions lottery on Tuesday! Fuck this, I'm gonna go punch a kitten. 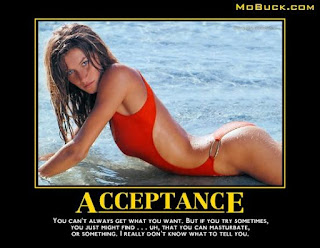 · Finally, a couple people have asked about it, and yes, Kyle King and I are going to make an attempt to revive G-Day Bloggerpalooza for this year's Georgia spring football game on Saturday, April 8. I say "revive" because, well, last year's Bloggerpalooza was pretty much on life support from the moment it began -- a combination of subpar communication (my fault) and ridiculous weather (God's) meant that it was attended by so few people we could've held the entire thing in a Toyota, and that's almost what we did. (It actually ended up being a parking garage, only a slightly more romantic venue.)

But I promise to do a more thorough job as Bloggerpalooza co-coordinator this year, and the organizing starts here: If you're interested in attending, even if you're not technically a blogger, shoot an e-mail to heyjennyslater.blog (at) gmail.com and let me know you want in, and I'll tell you as much about it as I can. Really there's not a lot to tell -- we'll probably try to get started around 9 a.m., somewhere on the North Campus quad close to the main library -- but if you want to volunteer to bring anything, and I know you do, you're more than welcome to do so. Naturally, I will be contributing beer and Krispy Kreme donuts to the festivities. So shoot me an e-mail and let's make this happen! 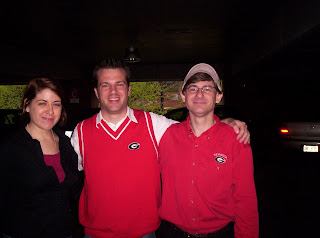 I would prefer that we get to take this picture outside this year.
Posted by Astronaut Mike Dexter at 7:50 PM

The most prominant Backpfeifengesichte is our ever so familiar smirking "Shrub"

I'm with you on Tom Brady. As a matter of fact he's one of those guys I just loathe because everyone talks about what an amazing person he is. This may be, but from all the interviews I've read, all the television etc I have found absolutely NOTHING to be exceptional about Tom Brady. He's bland, boring, lacks charisma, is hysterically UNfunny, and basically can blow dogs for quarters as far as I care. He gets the women because he's rich, not a mental case, and is awfully good looking. Screw that. I'm arguably at least two of those. Well, maybe only one. Actually, uh, not any of them. Dammit.

Not to be a dick about it or anything, but G-Day is on April 7th. Normally I'd just shut the hell up, but the 7th is my 25th Birthday! W00t!

Lots of car manufacturers {not jsut US} are putting ipod docks and other mp3 and tekkie gadgets because the gadget generation is coming into the age range of new car purchasers. Of course, the others will work better and last longer than the american ones for sure. Well said about American car manufacturers - they are dinosaurs that will slowly decline and eventually perish.

I was going to add Limbaugh, but anon is right. Shrub is the king of that word, especially when he rocks his trademark arrogant smirk.

I have always liked T Brady because I was born & bred in Boston and have been a Pats fan since Steve Grogan was throwing passes to Morgan Stanley, but I can totally see your point; if he played for any other team I would be irritated as well, in the same way that I hate on Derek Jeter and whatever Duke basketball player the media decides to fellate in any given year. We get it, they are really good, really good looking ,and nice. You have gone out of your way to emphasize this 9 million times. We understand, and no one is contesting your assertions, so please shut the fuck up and lets talk about something else.

My West Coast-ness means that I am out for BP07, but let me be the first to say that I will absolutely and no question be at Arizona State-UGA on September 20, 2008 and I hope that some of the UGA bloggers will plan ahead, stash your pennies and make it out. If you do we shall def set up some sort of mondo coordinated tailgate etc. So make it happen - you've got a year and a half to plan.

Now then, the ten, which occurred on the walk to work this morning and is my best FR10 to date. You know when IPod shuffle brings you the first few notes to a song and in your head you think "hell yes!"? I basically got that on all 10, which is unheard of when you have 35GB of muzak.

Y'all have a wonderful weekend.

Stanley Morgan that it; pardon the dyslexia.

Isn’t it great that Jesus gives you a pass for cursing up a storm (and in two languages – nice!), punching kittens and covering most of the seven deadly sins in your blog just by not eating meat on Friday?

As I read the latest gems of the German language at work yesterday, I figured out what the last word meant and found myself exclaiming “Ha! Shit-eating grin!” Thankfully I don’t think anyone heard me. Where do you find these?

How do you pronounce Backpfeifengesicht auf Deutsch? Is it Bock... or Back(like an American would pronounce it)...?

Crap! You’re right, Kanu. Thanks for fact-checking. The intern was supposed to do that for me – and now he’s fired.

It appears that both U.S. automakers offer hybrids, such as the Chevrolet Silverado/GMC Sierra, Ford Escape, Mercury Mariner and Saturn VUE. It’s hard to believe any of these fine examples could have slipped below my radar. It does seem that pulling these backwards across the carpet when they won’t start is an alternate to the push-start method used for manual transmissions, though, so at least I wasn’t completely off base. Also, you can jump start them with your vacuum cleaner, so that’s handy.

Thanks again for fact-checking. I’m glad one of us knows what we’re talking about.