You know those silly, mostly meaningless factoids you sometimes see in USA Today or wherever about how many marbles it would take to fill up the Astrodome and whatnot? Those little factoids aren't nearly as interesting as they first appear, because at some point you realize that you could've lived just as happy and enriching a life never having known that; you can't remember ever having asked the question how many marbles would it take to fill the Astrodome, or how many times would you go around the world if you parked all the Subarus in the world end-to-end, or whatever. But after this past weekend, which I spent in my hometown of Columbus, Georgia, I do have a question along those lines that I would like someone to answer: On average, if you took all the females in Columbus's Peachtree Mall on a given day of business, scraped all their makeup off, and rolled it into a ball, how much would that ball weigh? I'm dying to know this, because after having strolled through the mall on Friday afternoon, I've got to assume it would be incredibly fucking heavy.

That was my first major realization from this past weekend. The other one was, I'm a bad son. Well, maybe not a bad son exactly, but kind of a mercenary one. Every time my mom sent me one of her regular "Don't forget to send me your Christmas list, hint, hint!" e-mails over the past couple months, my response was always the same: Instead of buying me stuff, just follow this four-step process:

1. Write down a list of everything you think I might like that you were considering buying for me.
2. Write down the cash value of each item.
3. Add up the total value of all the items on the list.
4. Write me a check for that amount.

No, it's not exactly the kind of Christmas wish that schmaltzy Hallmark made-for-TV movies are made of, nor the kind of thing that inspires visions of sugarplums dancing in one's head. (If anything, it's the kind of thing that inspires visions of sugarplums dancing in your lap.) But rest assured I wasn't looking for a wad of cash just so I could blow it on strippers. No, I actually needed money -- after flirting with bankruptcy three separate times this month alone (trip to New York, buying Christmas presents for everyone else, throwing the massive Festivus party a couple weeks ago, all in the shadow of a mountain of credit-card debt), I decided that Method Man was right: Cash rules everything around me, C.R.E.A.M., get the money, dollar dollar bill y'all. And maybe I'll even be able to fix one of the 4,063 broken things on my car. 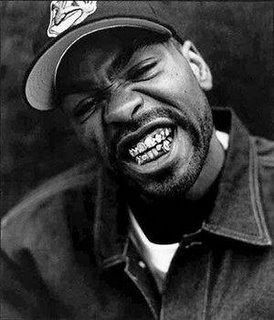 Hey, I'm all about releasing my delf, but it'll be a lot easier to do that when my car has air conditioning again, knamean?

But the family went above and beyond the call of duty, writing out checks AND throwing in some non-liquid gifts besides, including, but not exclusive to:

· The ESPN Encyclopedia of College Football, which offers all of ESPN's insight and knowledge into college football without all the constant Southern-Cal-fellating. There's a section on each Division I-A school (and the Ivies), with a brief rundown of each school's history and traditions and records from each season, and guess what? USC's is the same size as Louisiana-Monroe's. If this spirit of egalitarianism was carried over to the actual ESPN television network, you'd be seeing "College Gameday" background pieces on what ULM quarterback Steven Jyles eats for breakfast and long drawn-out discussions on where the '05 Indians squad ranks in comparison to past dynasties such as New Mexico State, who in '96 defeated Southern Utah and came within a 56-point eyelash of what would've been an astonishing upset of LSU. Which is my way of saying it'll never freaking happen.

· The DVD of "Mr. and Mrs. Smith," and before anyone asks, no, I do plan on watching the scenes that don't involve Angelina Jolie wearing a vinyl bustier. (But as long as I'm on the subject, would it be horribly greedy of me to remind y'all that still nobody has gotten me the life-sized Angelina stand-up promotional item I asked someone to steal for me all the way back in March?)

· A digital camera, the giver of which apparently requested to remain anonymous, though I have some idea who he/she/they are; and

· The usual menagerie of Georgia stuff, including a shot glass commemorating the 2005 SEC title season. Consider this a newly minted tradition: Georgia wins the SEC, Doug gets an engraved shot glass. Mark Richt, I'm counting on you to ensure that I have a whole cabinet full of them by the time I die.

The least-expected Christmas gift, however, came from right-wing blogger and lifetime-achievement-award-winning GWB fanboy Hugh Hewitt -- or rather his blog, which linked to me the day after Christmas. When I saw hughhewitt.com in my referral log, I was quite frankly dumbstruck, because the only reason I could think of for them to possibly link to this blog was that somebody had stumbled upon one of my anti-Bush tirades and decided to link to it with a comment along the lines of "Just another sorry leftist who's too stupid to recognize Bush's greatness." Which would be dumb, because of all the lefty blogs they could bitch about, why would they waste time on this one?

As it turned out, I was dead wrong: The link from Hewitt had nothing to do with my political leanings and everything to do with -- wait for it -- the Simpsons post from right after Thanksgiving. Not only that, but it was specifically cited by blogger Mary Katherine Ham, who chose to give the Simpsons thing a shout-out because she, too, is a Georgia alum. I mean, talk about your conflicted feelings. On the one hand, there's a part of me that wants to be outraged that I would be associated with Hugh Hewitt in any way, shape, or form -- but the association is actually a favorable one, somehow, made by a fellow Bulldog. Who's actually kind of hot (though the "Stop Dating Liberals!" ad on her TownHall bio page means that's probably neither here nor there in the grand scheme of things, at least as far as I'm concerned).

So how should I react to all this? In the end my response is threefold: 1) Uh, thanks; 2) Go Dawgs; 3) Be careful whom you link to, Ms. Ham, lest you find yourself connected to a horrible, bleeding-heart, anti-war, baby-killing liberal like myself.

That's pretty much all the news from this weekend, except that my fantasy football team, which had the best regular-season record in the league at 12-3, lost in the semifinal playoff round by 0.57 points. I blame Kenoy Kennedy, whose lazy ass couldn't do any better than 1.5 tackles on Saturday. Though when you have anybody from the Detroit Lions on your fantasy team, you're dancing with the devil as it is. That'll learn me. 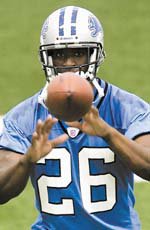 For all the good you did me, I might as well have started Method Man.

Tell me all about your own Christmas hauls in the comments thread, as well as any interesting stories from the holiday weekend. Particularly those involving sexy Santa costumes.
Posted by Astronaut Mike Dexter at 6:32 PM

First off, Kenoy Kennedy is a fucking solid gold gangsta, and the fact that you have him on your fantasy team is props enough. Secondly, this is the first year that I didn't pull the whole "Y'all seen my credit card bill, y'all know what I want" schtick for Hannukkah, and I made out well, even got a digital camera like you (FINALLY!) and a hot DKNY coat. Unfortunately, no sightings of Sexy Santas, although that definitely would have made the 3 day visit, 4 hour of sleep work day I endured today back to NY worth it. And yo, after reading this, I want an FSU ACC Champs shot glass (not a Seminole alum, just a fan from the age of 10-- I went to a pansy, small ass liberal arts D3 school who's claim to fame is its English department and it's 26 (and counting) straight national championships in mens swimming).

Well, I got a couple relatively cool gifts for Christmas - nothing to really write home about.

Had a good time at the annual Massey Christmas party.

Oh, and I totally bitch-slapped some punk by a measley 0.57 points in the first round of our fantasy football playoffs. Although I guess such a small margin of victory doesn't qualify as a "bitch-slap" - "bitch-flick", maybe?

Dan I didn't get the shot glass but I did get a really nice garnet long sleve FSU ACC champs T-shirt. I am a Seminole alum and just to prove it I got another FSU T-shirt that states as much right on the front for easy reading. But I am still waiting for the ultimate Xmas gift, a less than hour Orange Bowl halftime show followed by the Seminoles finishing off Penn State in the second half.

coolschool, I'll drink to that!

I lit the lights of the menorah, I spun a dreidel, and I ate a million latkes. Oh and I did actually unwrap a few gifts somewhere in between the other things.