Not quite live from New York.

My apologies for the radio silence over the last few days, but in a sequence of events disturbingly similar to that of my return from Italy a couple years ago, I managed to come back from NYC with a terrible cold. Fortunately, numerous doctors have determined that the best possible treatment for a head cold is exposure to the dramatic changes in air pressure aboard a commercial airline flight, followed by massive doses of pollen, so when I hit the ground in Atlanta yesterday I was right as rain!

Uh, not really. Actually I'm at the point now where my head feels like it's stuffed with cotton and I'm kind of getting winded just typing this. But anyway, here are some of the photos I took in the Big Apple, with commentary as necessary. 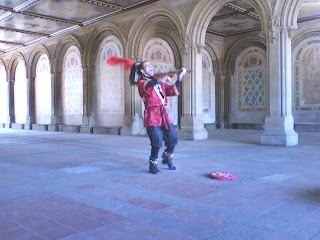 A Tibetan guy -- at least, my best guess is he was Tibetan -- playing the violin and several other instruments at Bethesda Terrace in Central Park. 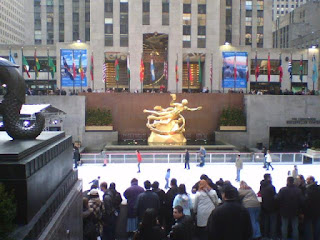 Ice skaters at Rockefeller Center, about two days before the weather shot up into the 70s. Unfortunately we didn't see Tina Fey or Alec Baldwin at the Rock, but we did have a great time watching the same three or four kids bust their asses on the ice over and over and over again. To their credit, though, they didn't cry or whine about it, they just got right back up and went at it again. For that I salute them. 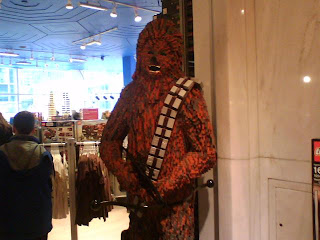 A Chewbacca made out of Legos at the FAO Schwarz on 5th Avenue. 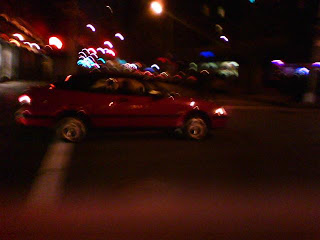 You can't really tell, but this guy was playing his car stereo really loud with the windows down and playing the maracas as he drove his Saab down 8th Street. 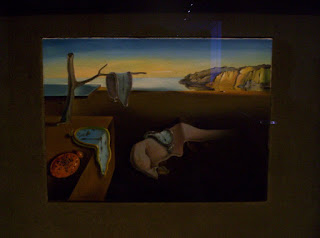 We spent nearly an entire day at the Museum of Modern Art, which I can't remember ever having been to before, and I got to see my favorite painting, Salvador Dali's The Persistence of Memory. 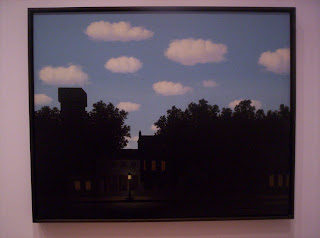 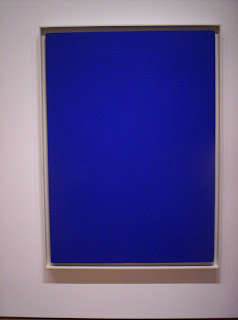 Yves Klein's Blue Monochrome. I don't know why I took a picture of this, I just thought that was a really cool shade of blue, and according to the museum's catalog Klein worked with a chemist to come up with it. 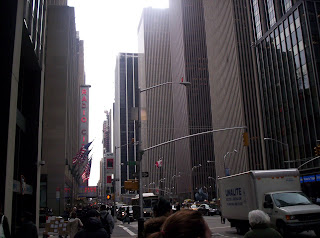 And finally, the "concrete canyon" of 6th Avenue.

I won't show you any pictures of the fake designer goods I bought in Chinatown . . . because, uh, I didn't buy anything like that, that would be wrong. Although we did think it would've been funny to walk into the Prada store across from Trump Plaza on 5th and ask them where the fake stuff was.

I wish you had told us what TYPE of music the guy was playing his maraccas to. I just had this really funny vision in my head of him chachacha-ing to System of a Down.

Am I horribly unsophisticated or is Blue Monochrome just a giant color swatch? Is it even possible to come up with a new color? Actually, I’m pretty sure that’s the same color as the Blue Screen of Death (BSOD).

You're not supposed to take pictures in the museum, Doug.

I'm jealous. I went to New York a few years ago and the only interesting people I got to meet were Slash and Alice Cooper's band (and no, I'm not a big fan of either one). Obviously you have all the luck.

Seriously though NYC rocks and I hope to get back there someday. I see it as being the London closer to home that took a few too many steroids. hehe

Oh and I agree with some chick...You're not supposed to take pics in a museum. :P

I can so take pictures in the museum! The museum people said!

No, seriously, they did. You can take pictures inside MoMA galleries unless specifically instructed not to. As long as it's not with a flash.