Soooo last week Holly and I accompanied Josh to a screening of "The Expendables." Really, our motivation for going wasn't to watch the movie so much as watch Josh watching it -- as you can tell by his blog, he's been a wee bit excited about the movie for, oh, a year and a half now. So you can imagine our dismay -- to say nothing of Josh's -- when it turned out that the movie, to put it politely, stunk on ice. Basically, it was a direct-to-DVD movie with an $82-million budget. I'm still not convinced that the film had a script at all, and yet somehow the actors, for all their badassery, seemed overmatched by what meager dialogue they had. So we didn't get much in the way of characterization, and even less in the way of motivation. (Seriously, when Mickey Rourke is the deepest and most soulful character in your story, you've got problems, particularly when he's only on screen for a total of maybe 10 minutes.) And while all of this kvetching about dialogue and character might seem irrelevant in a movie that clearly sells itself as a pretty mindless action flick, even the action scenes descended into complete incoherence after a while. It's pretty hard to bore me with gunfights and massive explosions, but somehow "The Expendables" managed it. The one exception: Terry Crews and his automatic shotgun. Messing with either is inadvisable.

It did get us to talking afterward, though: If we were putting together an ensemble cast of total badasses for some kind of suspense film, be it a good 'n' violent war movie, a caper flick, or whatever else, who would we pick? I don't have the plot of mine quite nailed down yet -- band of grifters hired by the CIA to clean out the entire treasury of a rogue terrorist nation, maybe? I'm still working on it -- but I know who my five badasses would be. Thus this week's +5 is the Five-Man Army For My Ensemble Action Movie: 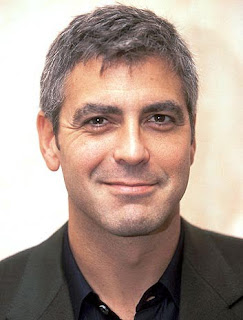 George Clooney
I know not everyone is crazy about Cloons -- he talks a lot, he can be kind of a dick, he dates women far beyond the caliber of anyone you or I will ever so much as be in the same room with. But that's kind of what makes him a badass, I think. And he was suave as hell in all three of the Ocean's 11/12/13 movies. I see him as being kind of like the American version of James Bond; it's easy to picture him shooting people whilst wearing a tux. 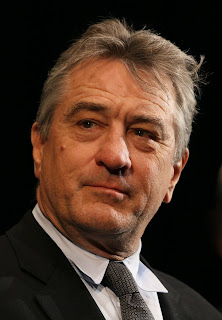 Robert De Niro
Just turned 67, and still has it. And though he won Oscars for "The Godfather Part II" and "Raging Bull," I think my favorite performance of his is in "Casino," a movie I thought was just OK at first but seems to have gotten better and better with age: He plays a character who's smarter than most of the people around him, smart enough to know that the house of cards they've all built for themselves is going to come crashing down eventually, yet he can't keep himself from getting caught up in the glamour and temptation along with them. (Yet I also laugh every time I think of him in "Meet the Parents," asking if it's possible for him to be milked.) Clive Owen
If Clooney is the American James Bond, Clive Owen wouldn't make a bad British one; if Daniel Craig ever decided to hang up his Aston Martin keys and retire from the franchise, Owen would be first on my shortlist to replace him. Equally adept as a badass ("Inside Man") or as a heavy-drinking sad sack forced by circumstance into becoming one ("Children of Men," one of my top five movies of all time). 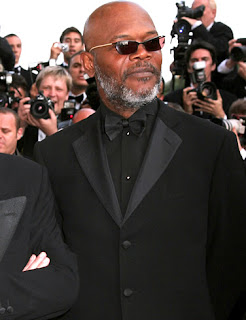 Samuel L. Jackson
Permanently ascended into the pantheon of badasses 16 years ago with this line and has since cemented his legacy through "Shaft," "Black Snake Moan," the "Iron Man" films, and being one of the only tolerable things about the "Star Wars" prequels. And now, as Josh points out, he's lending his badassery to support a worthy athletic cause. 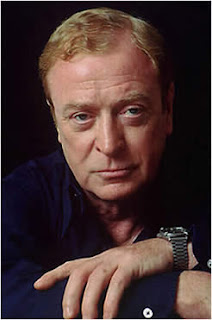 Michael Caine
Sir Michael will turn 80 in less than three years, but whatever -- he was one of the original movie hardasses back in the '60s and has retained that title ever since. Even when the movie he's in is absolute crap -- i.e. 1987's "Jaws: The Revenge" -- he manages to maintain his awesomeness: "I have never seen it, but by all accounts it is terrible. However, I have seen the house that it built, and it is terrific." His most recent performance was in "Harry Brown," an average movie featuring an exceptional performance from Caine, and while there was a rumor going around for a while that it would be his last leading role, that has since been debunked, to our great relief.

My movie will be called "The Indispensables," catch it at a theatre near you the twelfth of Never! (Followed by a cash-in direct-to-DVD sequel, "The Machine-Washables," sometime after that.) And now the Ten:

Your turn: Give me your five-man ensemble cast of badasses, along with your Random Tens, in the comments.
Posted by Astronaut Mike Dexter at 7:58 AM

Love Love Love that you have Clive Owen on the list. Children of Men was awesome and his performance was incredible.

I'd go in a different direction. Let's get some dudes who have always been hanging around, just waiting to be resurrected in the most bad-ass way possible. Call it the Tarantino treatment if you like (some e.g.s: Travolta, Pam Grier, Robert Forster, David Carradine, Christoph Waltz). Same thing that happened with Mickey Rourke in The Wrestler (one of the toughest performances ever put to celluloid).

So to pick five dudes who you know would bring their A+ game to the project, I'd go with:
Keith David
Michael Rooker
Terry Crews
Marshall Bell
David Keith

Michael Caine is amazing. It doesn't matter what movie he is in: it can be great work of art or a total piece of crap, and he pretty much always makes the most of what he has to work with. some actors won't take roles as if they were too good for it, but the truth is they know they couldn't do anything with it. Sir Michael will take anything that pays and still turn in a better than average performance no matter how bad the movie. That is craft, imo.

I was interested when I saw the poster for Takers, the theme of which seems to be "ensemble cast of guys to old to do another Fast and Furious movie." Me, I'm looking forward to RED, because the cast list couldn't be more beautiful, nor could the shot of Helen Mirren pulling a machine gun out of a flower arrangement.

(Also: Another illustration of what Marcellus Wallace looks like.)

Hm. Interesting. I, too, am a big fan of all those actors.

"The American" is possibly the first movie I've considered going to see in awhile.

Liked Clooney in "The Good German" and... well, pretty much everything he's in. Especially if it's a Coen Bros. film.

Clive Owen would, indeed, be a fine Bond. I'm sure you've heard that the latest Bond is held up at the moment due to the production company going kaput? Right now, there is no work being done on it. I have to say the last one was very disappointing, especially on the heels of what was possibly one of the best Bond films ever.

Can't say I agree on "Casino."