Anyhoo. This week's +5: Five Dudes Who Would Make Awesome Cool Uncles. This is not to express any dissatisfaction with my current uncles, who are all excellent individuals; I'm just saying, if you had an opening for a new uncle and wanted someone cool to fill the uncular role of someone who shows you all the stuff your parents refuse to let you do, these would be good ones. 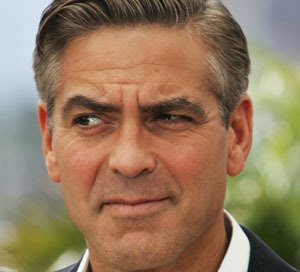 George Clooney
By all accounts, Clooney is quite the championship drinker, so he'd probably be down for sneaking you cocktails at family gatherings when your parents weren't looking. But his real ace in the hole is his ability to pick up chicks. Let's be honest, what George Clooney throws back is probably hotter than 95% of the girls I've ever dated, and when you're rolling with Cloons you're always going to end up with some phone numbers in your pocket, whether you were actively looking for them or not. "Why, yes, I was in 'Ocean's Eleven.' Here, meet my nephew. D'ja hear that, Doug? Sasha's from the Ukraine, and she's trying to make it as a model. Isn't that interesting?" Why, yes, Uncle George, it is. 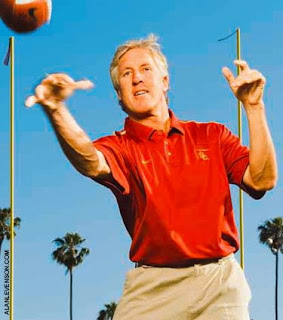 Pete Carroll
You can kind of infer just from Carroll's now-infamous Twitter feed that he'd be the kind of awesome, laid-back guy whose company you could always seek as a refuge from your own uptight asshole parents. When they're busting your balls about your grades suffering or why haven't you found a nice girl to settle down with or whatever, just take off for Casa de Carroll, where Uncle Pete is always willing to put on some Stones, hand you a Sweetwater 420, and give you some relentlessly upbeat advice about how to find the joy in life again. And I don't know how or why I know this, but I have a strong hunch that Carroll is a Wii owner, and that he's a Shaolin master at Mario Kart. (His favorite character is Yoshi, and he'll wipe the floor with you.) 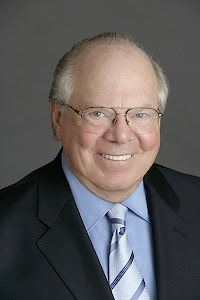 Verne Lundquist
Can you think of anyone in America who'd be more fun to watch a football game with? I don't think I can. I mean, we all refer to him as "Uncle Verne" anyway; how awesome would it be to stroll into his wood-paneled den, flop down into the old leather recliner next to Verne's, and consume 11 or 12 straight hours of college football laced with liberal doses of Verne's "wuh-howw!!!" enthusiasm? And during the commercial breaks you could relate to him the tales your most recent sexual conquests, just to see if you could elicit any "lingerie on the field" comments. And anyone who brings Uncle Verne to game day is automatically the most popular person at the tailgate. 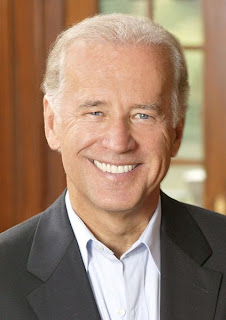 Joe Biden
Let's don't mince words here: Has Uncle Joe been kind of a mixed bag as vice-president so far? Yeah, I think you could say that. But the very same qualities that have earned Joe a reputation as being sort of a loose cannon in the nation's No. 2 spot would make him an awesome crazy uncle. While the rest of the family is sitting around the holiday dinner table making boring small talk and trying not to say anything that would get anyone else in the family worked up, Uncle Joe is the one who'll be plying you with Harvey Wallbangers, surreptitiously making the jerk-off gesture while Aunt Whoever brags about the great colleges her kids have been accepted to, and encouraging you to check out the funbags on the girl cousin so-and-so has brought to meet the family for the first time. Then, while the rest of the family is falling asleep in front of "It's a Wonderful Life," you, Joe, and the rest of the cool cousins go downstairs to smoke cigars and watch the unrated version of "Old School." The only potential sticking point here is potential awkward feelings toward Aunt Jill, but somehow I think Uncle Joe would be more flattered by that than anything else. 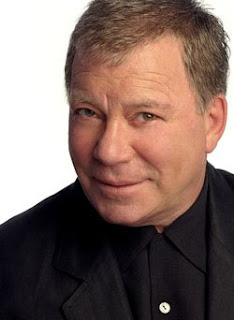 William Shatner
The take-no-prisoners ladyslaying skills of Clooney, the zest for life of Carroll, and the sheer lunacy of Biden, all in one awesome package. Take him to a bar, get a few drinks in him, and you can get him to yell "KHAAAANNN!" at innocent bystanders at the drop of a hat.

No U.N.K.L.E. tracks on there? That kind of seems like a missed opportunity. Anyway, throw your own Random Tens and/or nominees for Awesome Cool Uncle in the comments, folks.
Posted by Astronaut Mike Dexter at 10:42 AM

I just assumed you were drunk the whole time, like I was when I was jobless a couple years ago.

"Uncular" is a great word. Okay, it isn't a word, but it should be.

Burt Reynolds. I would love to be that guy's nephew. I would sit for hours enthralled at his "making-of-Cannonball Run II" stories.

And Arthur Blank, just for the perks.

I'm shocked you overlooked him.