The week that was (excruciating). 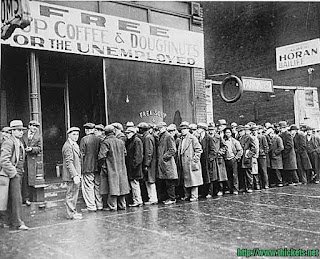 Soooo . . . I think I probably owe some kind of an explanation as to why I have, for all practical purposes, fallen off the face of the earth for the past week. Don't worry, I got one, and it's a doozy.

On Friday I got laid off from my job at UAB, where I'd worked for nearly seven years, easily the longest stretch I've ever worked at any one job. On the one hand, it was kind of liberating, given that honestly, I'd pretty much fucking hated my job for the past few months. Without naming names or digging too much into the soap-operatic office politics that have taken over at my former place of employment, I received several signs over the past couple months, the most important of them being the careless (and callous) demotion of my beloved department head who had faithfully served the school for more than three decades, that indicated to me that none of us were particularly respected or valued anyway; so in that sense, my being removed from that situation is a good thing.

On the other hand, it turns my search for new employment from "want to" right into "absolutely have to," which in the current job market is kind of a scary 8-ball to get caught behind. Not having made any serious searches for new jobs in the last seven years, I feel like I'm a bit rusty at it to begin with, and while being unattached enough that I can basically throw a dart at a map and pick a new place to settle down is definitely liberating, it also kinds of brings about its own set of new responsibilities -- by which I mean there are that many more cities and venues where I feel like opportunities might be whizzing right by my head at any given moment. I know there's something out there for me to latch onto, it may just take me a little while to figure out where.

Then, on Tuesday, I went in for surgery to have a cyst removed from my back, the fourth such surgery I've gone through in the past two and a half years, and the most invasive and involved one yet. That explains more directly while this blog went dormant over the last few days, but it's not something that's going to continue, given that I'm recovering nicely and am no longer too drugged-up or exhausted to compose a coherent sentence. Actually, if the hospital I'd been in had had Wi-fi, I might've tried to throw something up here, even if it'd only been something along the lines of "brrgghh cut open sewed up sleepy fugfhairhgapr;ofjRG," just to prove that I still existed, but no such luck. There's another surgery in store for me a couple months down the road to finally solve this problem once and for all, but I'll jump off that bridge when I come to it.

Anyway, that's what's been going on, so it's been a difficult week, but nothing that's going to prompt me to crawl into a hole and die or abandon all my loved ones and escape down to Buenos Aires to nail a hot Argentinean chick, as attractive as that second option has looked at various points in the past few weeks. And it's certainly not going to infringe upon my future blogging schedule if I can help it -- I mean, now that I no longer have the university's watchful eye gazing upon me, I can blog ANY HOUR OF THE DAY I WANT TO, MOTHERFUCKERS, so that'll be nice. (That said, if any potential employers to whom I have applied happen to be reading this, please know that I have nothing but the utmost respect for whatever rules you might have regarding the use of workplace time and computer hardware and, should you see fit to grace me with a title and a salary, will happily follow them to the letter.)

A lot of y'all who first heard news of my employment and/or medical issues through Twitter or Facebook or whatever have been kind enough to send me your wishes, thoughts, and prayers, and I really appreciate that. The more I think about the state of things at the moment, the more it reminds me of where I was in the summer of 2002, when I got laid off and had a potentially amazing 27-month date with the Peace Corps yanked right out from under me, and got to feeling about as low and as cut-adrift as I had in a long, long time, only to end up with a (then-)stable job in a city that gave me seven years of better friends, opportunities, and experiences than I could've ever imagined possible. If this current rough patch has anywhere near as upbeat an ending, I'll be in good shape.

But I'll be honest, the search for that upbeat ending begins sometime next week; for right now I'm just going to be spending the next few days drinking beer, playing Mario Kart, and mooching some free meals off my parents. I mean, y'all know me. I'm too much of a douchebag to not try to milk this at least a little bit.
Posted by Astronaut Mike Dexter at 3:21 PM

I do not want to offer platitudes.

I wish nothing but the best for you, Doug. Take care.

Damn, dude. Good luck with all that shit, and enjoy the unemployment for as long as you can. Except not so long that you enjoy it too much. And then stop enjoying it altogether. And then when you finally manage to get a job, or three, you realize you've forgotten how to work. Don't do that.

Sorry to hear the bad news, Doug. Whenever you do want to take a jaunt to Buenos Aires, I've got a spare bedroom and a lot of girls to introduce you to. I'm not kidding. This place is loaded with beautiful ladies.

mario kart for the wii??? we should play versus each other online. wow i am a dork, but seriously though...

hey doug, as i used to tell my sister in times of quandary and doubt, so lovingly and comfortingly, you'll get it all.

It's certainly UAB's loss. My thoughts and prayers are with you.

A frosty fo-tee is waiting for you in Atlanta.

UAB doing something assbackwards? Say it ain't so...

Oh and apparently Google ads has decided to pile on and put a big ole Sarah Palin PAC ad at the top of the page. Best week ever? You Betcha'

Enjoy the blog, good luck on the job hunt.

I was out of work for a year. That's why Karen went so far out of her way to make sure that my birthday was extra awesome this year. I'll give you a holla if we put the band back together again soon. You need it. I did finally get a job. At the ol' alma mater...CSU. I work in the Registrar's office. I started on Wednesday.

Congratulations, man! Every guy remembers his first time as a milestone in their lives that... oh, wait. You got laid off? That sucks.

Don't sweat it, man. You've got mad skills - you'll be back at it in no time.

You'll find something better. It's their loss.

Two and a half years ago I quit my job in healthcare simply because it had made me into a terrile person... I ended up a lot better for it. That being said, it's kind of fun being out of work for a while. Get hammered at the pool at 1pm and then make frozen pizzas.

Good luck on the job search, Doug. You're intelligent and interesting- you'll do fine. When you land on your feet you'll look back at July 2009 as the beginning of a better chapter in your life.

Heard you got caught up in the current round of mess at UAB. I know it's scary right now, but you'll be better off in the long run. UAB just about sucked the life out of me, and I still look back on it as a dark period in my career, particularly after She Who Shall Remain Nameless arrived and started tearing everyone and everything apart.

You are smart and talented and you will find a better gig.