The Friday Random Ten+5 gets all starry-eyed.

This one's gonna be kind of a quickie, 'cause my plane leaves for L.A. in less than an hour and with the terror level being raised to Code Fuchsia or whatever it is with all that crap going on in India, there's no telling what they're going to make us do before they let us on that plane. "I don't have more than three ounces of liquid on me, I swear!" "Oh, sure, maybe not in a bottle . . . but you can either empty your bladder right now, or you can stay home." 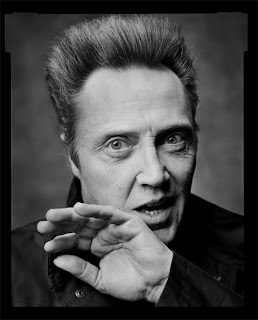 Christopher Walken
I'll bet a lot of people, upon unexpectedly seeing Christopher Walken out in public, demand that he say the "MORE COWBELL" line. I wouldn't do that. I might, however, get him to call my mom on my cell phone and offer her some fine champagna. 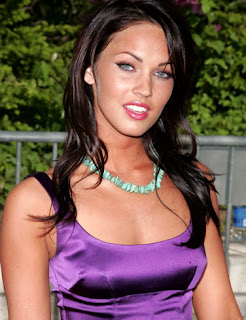 Megan Fox
Because I feel like I need more information about that whole dating-a-Russian-stripper thing, and she seems pretty cool, so I'm sure she wouldn't be the least bit creeped out by a complete stranger coming up and asking her about that. 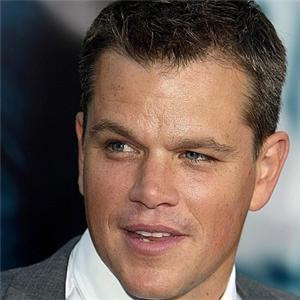 Matt Damon
OK, you're kind of going to have to willfully suspend some disbelief here, but a couple people have told me that I look like Matt Damon with facial hair. One of them is my mom, and the other is a co-worker of mine whose name I will keep secret to protect the innocent and/or visually impaired. Anyway, I think it would be awesome to see Matt Damon at a Starbucks or something in Hollywood and be like, "Matt Damon! People say I look like you!" just to watch his eyes get big and all the color drain out of his face. Fun! 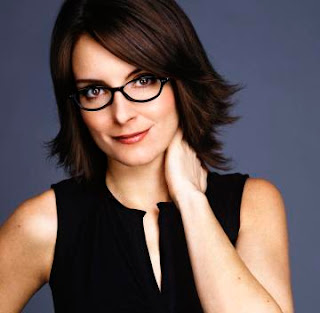 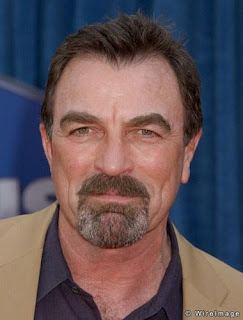 Your turn, folks -- leave your Random Tens and/or celebrity-sighting wish lists in the comments. And I'll let you know if I run into any of those people this weekend.
Posted by Astronaut Mike Dexter at 12:11 PM

I think we're missing a paragraph, but I also think we can all figure it out.

This is completely meant as a serious question:

Why did liberals get hard ons for other famous liberals?

It exists on the other side (old people love Papa Bear) but I think it's more pronounced on the left.

I would accept the answer that the right doesn't really have any celebrities (Drew Carey?) to get excited about.

I'm curious -- where did I mention any of these peoples' political leanings in this post to begin with?

Primarily referring to the Fey obsession. Have you talked about her Liberal-ness as being a factor for the standard blog-schwing that comes her way? How much does that contribute?

I'm so glad so many suckers think Fey is something special. Leaves the true hot one for the rest of us winners.

When I see Cristopher Walken, I want to know why he didn't shoot W back around 2002.

And I guess the true hot one is Amy Poehler. As far as women on SNL are concerned, there was Gilda and then there's evermind. And Gene Wilder has normal men beat.

Actually, it's pretty funny when the anti-Tina weenies sort of pop up. Those boys all think Ann Coulter's Adam's Apple is stimulating.

Bryan, I think the reason that liberals like myself think Tina Fey is hot is because Tina Fey is so freakin' hot.

If she were a ravin' conservative she would still be hot, I just wouldn't personally like her politics. I would still let her attempt to conceive babies with me, but we would argue about how best to raise them.

Hope that answers your question.

Doug,
I had some time to kill this week and ended up watching "Braveheart" again. There's a dude in there, the governor of York, I believe, who looked sort of like you, or at least how you looked in 1999, which was probably the last time I saw you.
William Wallace ended up cutting the dude's head off and sending it in a basket to the English king.
Even when the king pulled the head out of the basket, I thought, "Hey, that guy looks a little like my boy Doug," except he wasn't quite as handsome.
I believe the actor's name is Richard Leaf. You should Google it.
Cal

And I'm no weiner. Your mom knows something about my weiner, though.

My mom said it was of the cocktail variety. And that she passed.

I shoulda thrown the Trebek at the end of mine to give it more umph, but it wouldn't have stopped the classic cocktail weiner defense.