The Friday Random Ten+5 is droppin' truth bombs over Vaduz.

The other day I was link-surfing through Wikipedia -- you know, one of those meandering jaunts from hyperlink to hyperlink that you just kind of follow without thinking, until you come to and you're like, "Holy crap, all I wanted to know was how many times Richard Burton had been divorced and somehow I'm now reading about the Dawson's Field hijackings of 1970" -- and I found myself perusing the list of unrecognized countries. And lo and behold, the nation of Slovakia -- the land of my ancestors, where the morning mist wafting over the Tatras is as lovely and sweet as any perfume -- was on it. Yup, neither Slovakia nor our comrades in the Czech Republic are recognized by Liechtenstein due to an ongoing dispute over something called the Beneš decrees. Liechtenstein!

So my natural reaction to that is -- what the fuck, Liechtenstein? Who do you think you are, all hugged up between Switzerland and Austria like that? You may have the highest nominal GDP per capita in the world according to the CIA, but that just makes you a bunch of rich skiing twerps, it doesn't make you special. For your refusal to respect my homeland, Liechtenstein, you're not only getting a permanent spot on my "On Notice" board, you're the subject of this week's +5 -- as in Five Reasons Liechtenstein Sucks.

They're small
How small? Sixty-two square miles, y'all, meaning that Rhode Island dwarfs Liechtenstein. Luxembourg is more than 15 times the size of Liechtenstein. In fact, all but five sovereign nations in the world are bigger than Liechtenstein, including Slovakia. You call yourself a country? The city of Birmingham is both bigger and more populated than you. I've probably flown into airports bigger than you. Speaking of which . . . 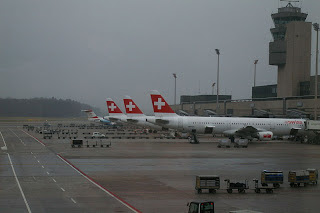 They don't have a single airport
Nope, if you want to go to Liechtenstein -- and why the hell would you? -- the best you can do is fly into Zurich (above) and rent a car. The only landing area of any kind is a heliport in Balzers (heh, Balzers), and it doesn't even have any regularly scheduled flights. 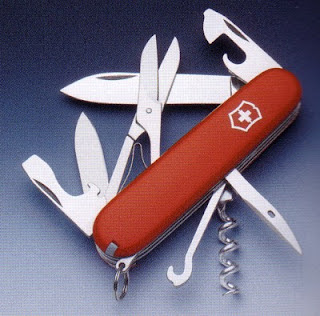 They depend on Switzerland for their military
However, air travel is only one of many things Liechtenstein has to go running to daddy Switzerland for. Liechtenstein is one of the few countries in the world to have no army of any kind, so according to the CIA, they turned over responsibility for their national defense to Switzerland. Apparently they got rid of their own military in 1868 because -- get this -- it was too expensive. Yeah, the country with the highest per-capita GDP on earth is too cheap to field a field an army to defend their sixty-two lousy square miles of suck. There's just one problem, Liechtenstein -- you put your defense in the hands of what is, as we all know, a neutral country. Going to them for military protection is kind of like asking a priest for advice on how to get laid. So stellar strategy there, guys. Bra-vo. 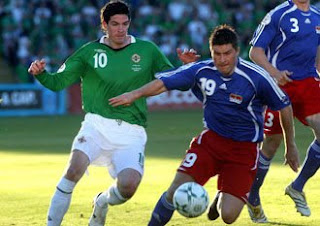 Their national football team sucks
Team Liechtenstein's highest-ever FIFA ranking was 118th in the country; in the qualifying for the 2006 World Cup, they came in next-to-last in their group with a 2-2-8 record. (And lost by an aggregate score of 7-0 to . . . ? That's right, Slovakia, bitches.) To look at it another way, San Marino's national team has won only one match in its 22-year history, and it was against Liechtenstein. If that's the best you can do, guys, you might as well hang it up. Maybe ping-pong is more your speed. 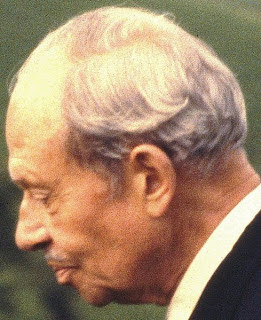 They've chosen profiting from Nazism over respecting the sovereignty of our glorious Slovak homeland
OK, so the whole dispute over the Beneš decrees? What happened was Czechoslovakia seized some Nazi property in the wake of World War II, and some of it just happened to belong to Prince Franz Joseph II, who profited directly from the Holocaust. And it was Liechtenstein's hissy fit over Nazi boy's ill-gotten gains that inspired the whole "I'm not diplomatically recognizing you, I'm not diplomatically recognizing you" routine with Slovakia and the Czech Republic. Awfully defensive about that Nazi heritage, huh, Liechtenstein? Hmmmm?

So in conclusion, Liechtenstein, you may consider yourself comprehensively, diplomatically, and internationally pwn3d. That's courtesy of the other red, white and blue. And if your buddy Switzerland doesn't like it, he can come get some of this, too.

And now, the Ten, coming to you this week courtesy of the iPhone:

Now then, readers, if you got beef with any of the world's sovereign nations, consider this your opportunity to vent (and share your own Random Tens while you're at it) in the comments.
Posted by Astronaut Mike Dexter at 8:08 AM

Weird. Each week I try to predict what your Friday Random Ten+5 will be about, and just yesterday I thought, "You know, I'm pretty sure he's going to write about Liechtenstein."

I have a serious problem with the nation of Mauritius. They have a booming tourism industry but have failed to make a great number of jobs available for Mauritian nationals, instead financing frrom oversewas investors and flying in job support. Meanwhile the people who actually LIVE on the fucking island are mostly working in salt paddys and fruit picking and processing.

Plus, the woman from there in the Miss Universe contest was a butterface.

You know, I've been to Liechtenstein. But I was like 10 years old and didn't remember it until my dad mentioned it recently. Obviously it didn't leave as much of an impression as the Nestle factory we visited in Switzerland. They had a room at the end where you could eat as much chocolate as you wanted. That was a good day. Also all the beaches in France were topless. Also it seemed that there was dog poop everywhere, even at the topless beaches.

Also, I had a couple Georgia-related posts on my blog this week:
Tailgate Report Card - Jacksonville
New Movies

Is Liechtenstein really a country? Doesn't "Liechtenstein" translate to "We drink bugs" in English?

Personally I never trusted Portugal. Did you know there are more people speaking Portuguese in South America than in Portugal? What are they hiding down there?

Lichtenstein is the world leader in exporting dentures. This is true.

It makes sense that they outsourced their national defense to the Swiss. The universal military service is fair enough, the personal maintenance of military equipment is fair enough, but what kind of paranoids have designed their highway network of tunnels to ensure that they can close out the rest of Europe?

Presumably the Lichtensteinische interest in Switzerland arises from their taking the lead in hiding and laundering Nazi gold and stolen artwork.

What a miserable bunch of humorless anal-retentive gnomes. Who else bans specific cars from coming into their country because they're too loud? Stuff a ricola in either ear and suck it up.

There are more Brazilians (who speak Portuguese) than there are people in Portugal. What are they hiding in South America? Probably condoms, imo.

You could be right Anon, it could be condoms. And what are they going to do with all those condoms??? Are we facing the mass conjugation of all our women folk by the Portuguese? Will your own ass be safe?

Beware the Iberian menace I say!