Now joining Time magazine and its "100 Most Influential" list in the barrel: Maxim magazine -- which, yes, I used to subscribe to way back when -- and their "Hot 100" list for 2007, which features Lindsay Lohan at #1.

Conspicuously not chosen for #1: Jessica Alba, who had to settle for #2; Angelina Jolie, apparently not even considered top-10-worth at #12; Elisha Cuthbert, stuck back at #25; Alessandra Ambrosio, even further back at #51; Joanna Krupa, #66.

Not appearing on the list at all: Erin Andrews; Jill Wagner; and yes, Melissa Theuriau.

In graphic terms, we're meant to believe that this 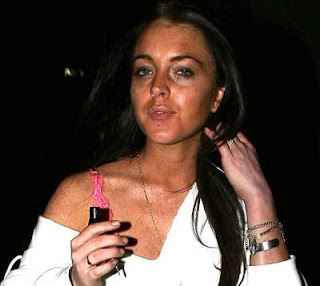 is hotter than this, this, or this: 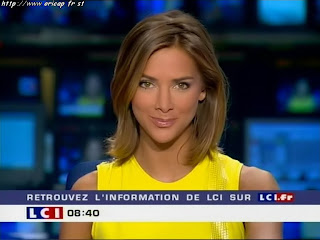 Uh-huh. When future media historians look back and try to peg the date when Maxim officially and irrevocably jumped the shark, May 15, 2007 will be it. I have a feeling Esquire subscriptions are about to spike in a big way.
Posted by Astronaut Mike Dexter at 8:46 AM

Email ThisBlogThis!Share to TwitterShare to FacebookShare to Pinterest
Labels: formerly hot chicks, hot chicks, melissa theuriau, you know what I blame this on the breakdown of? society

Uh-oh. Let's just hope, as UGA fans that the "firecrotch" didn't actually go to Talledega, because Stafford would've been all over it, and lord knows she's not going to say no. And then our starting QB would have any # of strains of VD (and could potential introduce them to UGA coeds) heretofore unheard of.

Do you really think Maxim readers will switch to Esquire? That's like Cosmo readers subscribing to The Economist.

Erin Andrews has had more work done than Interstate 85.

I'm sure it's a coincidence that Lohan has a movie out now, by the way.

Maxim sold out many moons ago. This "news" isn't suprising at all.

i would rather read maxim than g.q.
if that ok with you guy`s at mamim
frakie c from newark delaware
cipollafrank@comcast.net