The Friday Random Ten+5 salutes the motherland (and hopes for a semi-Miracle On Ice).

I don't spend a tremendous amount of time following ice hockey, but I've been watching a lot of it during the Olympics, as the Slovak national hockey team has progressed steadily through group play and now the single-elimination playoffs. Slovakia, of course, is the motherland of my mom's side of the family, and they've bitchmade Russia and Sweden so far on their way to facing Canada tonight in the semifinals. Win, and they would face the winner of U.S.-Finland in the gold-medal match; lose, and they still have a chance to pick up a bronze medal in the consolation match on Sunday. Either way, it would be Slovakia's first medal in Olympic hockey since splitting from the Czech Republic back in 1993.

The team's run in Vancouver has been a source of ancestral pride, but it's hardly the only thing Slovakia has to be proud of, so I decided to devote this week's +5 to the motherland: Five Things You Might Not Have Known Were Awesome About Slovakia. 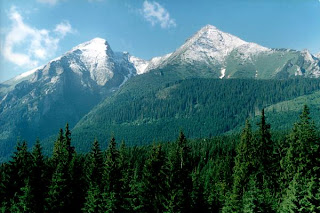 The Tatras
No, not the Ta-tas, perv. The Tatras are the mountain range that stretch across Slovakia's northern border with Poland and are the highest peaks in central Europe; having been to Slovakia about 10 years ago, I can attest that they are beautiful, and they're a part of the landscape just about wherever you go in the country. Maybe one of these days Slovakia will get to host the Olympics, and then we'll see who's got the raucous home crowds for hockey matches, Canada.

The Slovak resistance in World War II
Slovakia actually had one of the more active resistance groups during the Nazi domination of Europe at the height of World War II, and mounted a two-month-long rebellion against the country's collaborationist government in 1944. Even though the "Slovak National Uprising" was eventually defeated by a large contingent of Nazi troops sent into the country, it continued guerilla operations for another six months and kept the Germans busy until the Red Army could roll in and rout the last of the Nazi occupiers from the country in March of '45. (Granted, the Soviets turned out to be not that much better from a dictatorial-occupying-power standpoint than the Germans had been, but you take your victories where you can find them.) 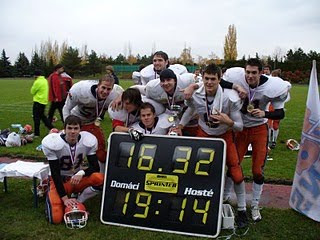 They have an American football team
A few weeks ago, CBS's "Sunday Morning" did a segment about a league of teams playing American football in France and profiling some of the players who'd come over from the U.S. to play in it (one of whom, incidentally, was former Georgia QB Blake Barnes). Turns out there is an American football team in Slovakia, too -- the Bratislava Monarchs, who moved from the Central European Football League to the Czech League of American Football last year and went undefeated through their first regular season of CAAF play before losing to the Prague Lions in Czech Bowl XIII. (Yes, it's called the Czech Bowl. And yes, it is a league in which the Lions can win the championship. It really is kind of surreal.) 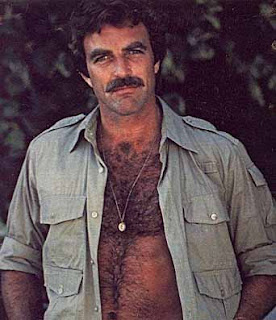 Tom Selleck
Tom's father, Robert, came to America from Slovakia before World War II, and his son went on to star as Magnum, P.I., for eight seasons, thus providing thousands of young men of my generation with an inspiring life goal: to live rent-free on a breathtaking Hawaiian estate, drive around in a tomato-red Ferrari, squire around a choice selection of the island's hottest women, and solve murders. I'm still working on that one, of course, though I do have a friend in Honolulu whose couch I can crash on once I finally decide to kick that plan into motion. 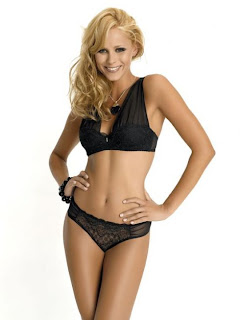 Slovak chicks
Slovakia meets the high standards of female talent set by the rest of the former Eastern Bloc, not only with the steady stream of supermodels they turn out each year but with a host of tennis players as well, such as Dominika Cibulková and Daniela Hantuchová, who was featured in the Sports Illustrated swimsuit issue last year. Slovakia spends a lot of time in the Czech Republic's shadow, but in this area, at least, they play second fiddle to no one.

The puck drops between Slovakia and Canada tonight at 9:30. I will be in front of the TV, and I'll have my jersey on.

OK, so where are y'all's "people" from? Sing your homeland's praises in the comments (even if you can only trace them as far back as, say, New Jersey), and throw your own Random Tens in there while you're at it.
Posted by Astronaut Mike Dexter at 11:40 PM

Home of Bushmills, what!

My mom's side moved to Youngstown, Ohio from Klenovec, Germersky, Slovakia around 1900. I've been contemplating the Slovak Coat of Arms as a forearm tat for a while.

Top 5 of the week:
1. Portastatic - Through With People
2. Psychedelic Furs - Pretty in Pink
3. Jawbox - Cooling Card
4. Sloan - Coax Me
5. Otis Redding - I've Been Loving You Too Long

Wait just one hot second, there really is a Bratislava? As in "Euro Trip" Bratislava. Where Miami Wice is just catching on? I saw what 18 cents gets there. I'm on the next plane.

As such, I can do three things well in life- eat potatoes, drink heavily, and be occupied by large militaristic neighbors.